Across the world there are iconic cities that play host to a great number of films. The streets of London, New York, and Paris feature in many a film and add extra tourist appeal to these already popular locations.

When in London many will take a trip to Notting Hill to see the streets walked by Hugh Grant or maybe a visit to the Millennium Bridge which featured in Harry Potter and the Half-Blood Price. Or when in Beverly Hills, they will go shopping on Rodeo Drive to re-enact the scenes of Pretty Woman. But these locations are already tourist hot spots without their added film location fame, what about film locations that are not used to having thousands of visitors a year? 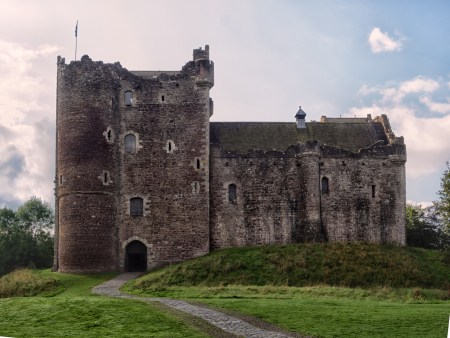 Scotland is a country that has been the backdrop of many TV shows and films including Trainspotting, Braveheart, Harry Potter and Outlander to name a few and this has impacted their tourist industry. 6% of visitors visited film/TV locations while in Scotland and this figure rises significantly if they were from the USA, Germany or France. Certain locations such as Doune Castle have seen the number of annual visitors increase by 273.12% from 2014-2018 due to its feature within Outlander. This shows the power that film locations can have on tourism.

For many the increase in tourism to these locations is a good thing, with more revenue coming in from ticket sales. Restoration and conservation work of historic settings is then able to be done and economies thrive as a result. In New Zealand, The Lord of the Rings franchise is a major motivator for so many that their tourism slogan was briefly changed to ‘100% Middle Earth’ from ‘100% Pure New Zealand’ in line with film premieres. Even today Middle Earth features heavily on their tourism website. 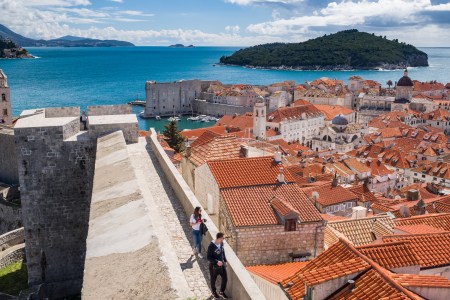 But not all film tourism is positive. Famous houses used in TV shows and films are often privately owned by normal people and having fans constantly taking photos of your house and increasing footfall in normal neighbourhoods is a negative of this type of tourism. The house in which Walter White lives in Breaking Bad is a prime example of this, with some visitors even throwing pizza on the roof, a nod to a famous scene in the series. Meanwhile, other locations such as the Croatian city of Dubrovnik made famous by Game of Thrones has experienced overcrowding due to the major influx of tourists, with the mayor of Dubrovnik having to reduce the number of visitors allowed into the city’s wall to protect the UNESCO site.

So, while on the whole film tourism is a largely positive thing, it is clear that visitors of these locations need to remember that not all locations are attractions and to just be sensible (e.g. don’t throw pizza on somebody’s house). It is pretty cool to see where your favourite show or film was filmed in real life.

Featured image courtesy of Shinya Suzuki via Flickr. Image licence found here. No changes were made to the image.

In-article images courtesy of Maurice Smith (license) and Luca Sartoni (license) via Flickr. No changes were made to the images.

A Guide To Bitcoin