A Guide To Bitcoin

Bitcoin is the first, most valued, and well-known type of cryptocurrency. At time of writing, 1 Bitcoin is worth around £9,000. How does Bitcoin work? What even is a Bitcoin? What are Blockchain and Mining? This article aims to answer a bank of questions to dig deeper into the meaning, purpose, and consequences of Bitcoin, while keeping it all easy to digest.

Bitcoin is a digital currency to be used like pounds, but exclusively online. There is nothing tangible about a Bitcoin. It is not legal tender, but is often accepted online, including, but by no means limited to, black market activities. It can also be bought for investment opportunities. It is heavily guarded with code, ‘cryptography’, and transactions, exchanges, and Bitcoin creation, are observed and controlled solely by computers, ‘nodes’.

HMRC categorises Bitcoin as an ‘Exchange Token’, one of 3 designated categories of cryptocurrency. As an Exchange Token, the purpose of Bitcoin is described to be as a method of payment. However, HMRC does not view bitcoin or any other cryptocurrency as money.

Bitcoin is decentralised, meaning there is no central server or currency provider. There is no equivalent of the Bank of England for Bitcoin. In fact, governments and banks are largely separated from cryptocurrencies entirely. This is one of the biggest reasons for Bitcoin usage.

Having independence from banks supposedly gives you greater control of your money, and you do not have to pay potential fees (though many cryptocurrencies have transaction fees built in). There is the idea that banks could become unstable or untrustworthy beyond your control (for example in a recession or hyperinflation). Additionally, you are much less restricted in its usage; in many ways Bitcoin is an international currency as it has no physical border jurisdiction.

Contrary to popular belief, Bitcoin networks are not fully anonymous

Bitcoin has become an investment opportunity too. At its creation, 1 Bitcoin was worth next to nothing. Since then, its value has displayed great volatility but now, it is worth thousands. The idea of buying cheap, holding onto, then selling Bitcoins when their value goes up is an enticing one—similar to trading shares. 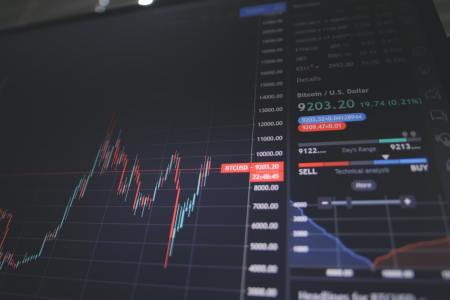 Is Bitcoin Anonymous and Untraceable?

Let us pretend that we want to buy an orange flavoured ice lolly from a corner shop on a hot heatwave’s day. We have regular polymer money to hand; we buy the ice lolly and no one else knows that we have bought it apart from the cashier. It can be our little secret.

But say we used a debit or credit card, now who knows about the purchase? Your bank does too. They will amend their account of your finances, deduct you of the cost of the ice lolly and pass the money to the corner shop. They are acting like a middleperson, knowing about our ‘secret’ purchases. The same goes for if we decided to buy the ice lolly with our bank card online instead.

Bitcoins are as safe as their owners make them.

Well, what has this got to do with Bitcoin? Our polymer money is untraceable and provides us with anonymity as we do not have to give our details to the cashier when we pay for the lolly. Nor does a bank record that transaction because they have no way nor need to know. On the other hand, every online purchase with a card is traceable, as are those with Bitcoin.

Contrary to popular belief, Bitcoin networks are not fully anonymous. By design it is possible to track where every bitcoin goes in the system and to see a full list of transactions associated with any address (the destination of a payment). Privacy within Bitcoin can be gained by using new addresses for every transaction. That way your previous transactions are separate from each other and cannot be traced by the people you send your bitcoins to.

In this sense, Bitcoin allows you to be pseudonymous. When making transactions, as your addresses are recorded as opposed to your full identity. However, this does not guarantee anonymity as, for example, spending Bitcoin to buy that ice lolly on an online retailer may link your required identity details to the address used. Therefore, Bitcoin is neither purely anonymous, nor is it untraceable.

How does Bitcoin work?

Bitcoin management relies on a peer-to-peer network and Distributed Ledger Technology (DLT). This is where the term ‘Blockchain’ comes into play.

The ledger holding your transactions of Bitcoin is, instead of being accessed by banks, widely distributed. ‘Miners’, which are also nodes, in a network will put in extreme effort solving complex mathematical problems. This creates new coins and verifies the validity of any bitcoin transactions that have taken place. The problems have answers which are easy to confirm as correct or incorrect but are difficult to solve. As more coins are successfully mined, the difficulty of the problems increases. This ensures the rate at which new bitcoins are discovered stays roughly constant, even as computing power increases. 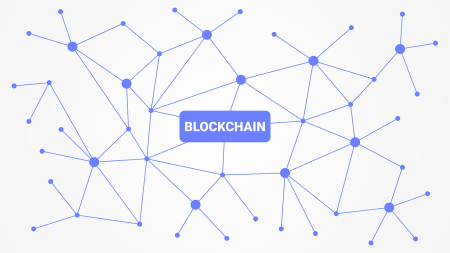 Groups of transactions are put into ‘blocks’. When a block is complete it is added to the previous blocks, hence the term blockchain. A random miner will obtain a newly created Bitcoin for their efforts. This reward gives people an incentive to keep using their resources to do the computational work that keeps the system running. The reward halves every four years. Eventually this halving means there will be no reward, and so no new bitcoins will be mined. This is set to happen in the year 2140 after 21 million bitcoins are mined.

Unlike our wealth in pounds, protection of one’s Bitcoin is solely the owner’s responsibility; using a bank or third party to protect Bitcoins defeats the purpose of a decentralised system. Owners have ‘wallet’ files that contain the data for Bitcoins. To steal a wallet requires stealing someone’s private key, which may be virtual or physical (such as an encrypted USB). So, Bitcoins are as safe as their owners make them.

What about the environment?

Mining uses an incredible amount of energy and it is estimated between 2016 and 2018 that 3 to 13 million tonnes of carbon dioxide was produced from mining, equivalent to that produced by 1 million cars. Annual emissions from bitcoin mining could reach up to 23 million tonnes; although only a fraction of global emissions, we should question whether we should be adding yet another source of emissions.

Phew, if I had a Bitcoin for every time I wrote ‘Bitcoin’ in this article, I would have almost half a million pounds!