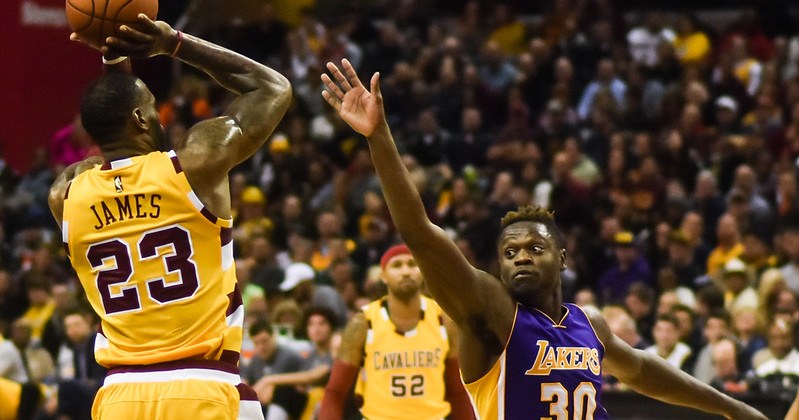 The gradual return of sport across the summer has seen its stars use their platforms to protest for social and political reform in numbers like never before, but how much of an effect do they really have? Joe Hughes takes a look at campaigns both at home and in America and the varying responses they are met with.

Following the shooting of Jacob Blake in Kenosha, Wisconsin, basketball team The Milwaukee Bucks led a series of strikes which were replicated in sporting leagues across America. Several matches in the NBA and WNBA were postponed on 26th August after players refused to compete, and a number of Major League Baseball and soccer games were subsequently rescheduled as other sports followed suit in support of the Bucks’ call for ‘meaningful measures’ to tackle police brutality. The serenity of the empty court in Orlando, Florida, was in stark contrast to the turmoil of protests on the streets of Kenosha, which have been the venue for days of violent clashes between demonstrators and the police.

Elsewhere, tennis star Naomi Osaka, who is vocal on social media about racial injustice, declined to play in her semi-final match at the Western & Southern Open on 27th August in protest of what she called ‘the continued genocide of Black people at the hands of police’. In a gesture of support, the ATP and WTA suspended the rest of the day’s play. The industrial action can be seen as the culmination of months of national disharmony over racial injustice and the result of, not insignificant, bubbling frustration about the economic inequality that the coronavirus pandemic has exposed.

The NBA is uniquely positioned to lead efforts at racial justice reform as a sport in which 81.9% are players of colour and one which boasts a remarkably diverse audience

This wave of strikes is perhaps the first demonstration that will have a meaningful financial impact on sponsors and broadcasters and comes after years of more subtle activism. Since the defiant action of Mahmoud Abdul-Rauf – who refused to stand for the national anthem in 1996, the NBA has provided the most progressive platform for activism in the sporting community; decades later, LeBron James’ Miami Heat team wore hoodies to acknowledge the death of Trayvon Martin, and this week the WNBA sported t-shirts with seven bullet holes to protest Jacob Blake’s shooting.

The NBA is uniquely positioned to lead efforts at racial justice reform as a sport in which 81.9% are players of colour and one which boasts a remarkably diverse audience and one of the best records on diverse hiring at the coach and official level.

Other sporting leagues have not been so historically accommodating- the NFL fell relatively silent in response to protests led by Colin Kaepernick in 2016 as political leaders were quick to label his actions un-American. Yet, the same can be said for this episode of protests, as President Donald Trump took the low NBA television ratings as a viewer judgement on players’ activism and dramatically predicted that they would “destroy basketball”, sparking a debate about whether there is a place for politics in sport. Despite the President’s comments a YouGov survey found that 60% of respondents were generally supportive of athletes using their platform to express a political opinion.

Events in the US are just the most recent in a string of social justice campaigns taken up by sportsmen and women, as athletes in the UK have championed similar causes. ‘Taking the knee’ has become practically de rigueur- and has perhaps lost its meaning as it evolves into a tokenistic ritual, as sporting governing bodies turn their attention to ousting lingering racist attitudes from their respective sports.

The FA have a particular challenge in this field, as a Kick It Out investigation found that reports of discrimination had risen by 45% in the 2019-2020 season; it also revealed that an astonishing 71% of fans had seen players subject to racist abuse on social media. This poll makes clear that feeble, symbolic gestures must develop into significant structural reforms in football to reconcile racial disparities in the game- not least to address the lack of Black and Minority Ethnic coaches. The problem is not isolated to football; rugby and cricket both struggle with diverse representation at the managerial level.

Earlier this summer, footballer Marcus Rashford championed a different social justice campaign as he forced a government U-turn over free school meals vouchers for vulnerable children. He has since spearheaded a new taskforce aimed at ending child food poverty. Whilst US sports personalities have been criticised for politicising sport- James was told to ‘shut up and dribble’ by a Fox News host and Osaka has faced online abuse over her comments on social media, Rashford has received widespread praise.

In a year when many players went above and beyond for others, the brilliant @marcusrashford takes the 2020 PFA Merit Award. #PFAawards #MUFC @manchesterunited

In Formula 1, however, Lewis Hamilton’s unique brand of activism can often appear pretentious, and his anti-racist demonstrations have been labelled ‘militant’ by elder figures in the sport. Hamilton treads a very delicate path between humility and self-righteousness as he seeks to become Formula 1’s social justice pioneer after his advocacy of veganism was perceived as hypocritical given his sport’s damaging environmental impact.

Nevertheless, a stunted summer of sport which has provided limited live action has compensated with a large helping of athlete activism. Whether protests and media stunts translate into meaningful reform remains to be seen.

Featured image used courtesy of Erik Drost via Flickr. No changes were made to this image. Image use license here.

In article image 1 courtesy of @WNBA via Instagram. No changes were made to this image.

In article image 2 courtesy of @the_pfa via Instagram. No changes were made to this image.

UCU: Universities Cannot Go Back To ‘Business As Usual’