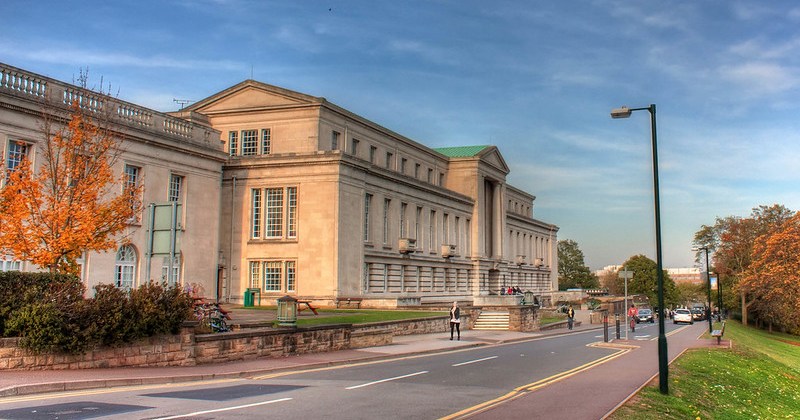 The University of Nottingham's Portland Building on University Park Campus where the Student Union is located.
0 October 15, 2020 17:14 by Lauren McGaun

In response to the blame being placed on students for the rise in Covid-19 cases and the apparent lack of response by both the government and the University, our Student Union team arduously submitted a letter explaining students grievances to Shearer West, Vice-Chancellor of the University of Nottingham, and Gavin Williamson, Secretary of State for Education. In short, the letters expressed that actions taken so far have not been ‘good enough’.

The letter has been received extremely well by students

The open letter published on the 6th of October conveyed student opinions, including their anger over being blamed for the second wave of COVID-19, the detrimental effects that the pandemic has had on their academic experience and mental health. The letter has been received extremely well by students and has a positive light on the SU team’s proactive start to this academic year.

An interview with the SU Union Development Officer , Madeleine Fox, and the Welfare Officer for the SU, Emily Coleman, was also conducted on the letters sent by the SU team this week. Both women expressed that their jobs were to ensure that students voices are heard and that their sympathies lie with the student population, who they feel have been ill treated during the pandemic.

When asked why the time was right to send the letters, Emily’s response was that: “We have been constantly asked why the SU ‘weren’t doing more’. The letters were a way to simultaneously work with the University and be angry with the government, through expressing the student voice.”

Madeleine furthered this by explaining that “the SU felt that the
best way to get the student voice across to the University was to write the letters, the formality of which made them hard to ignore.”

Both the letter and the interview established that the SU team were hesitant to put blame on the University, instead explaining that they have been acting in accordance with government guidelines, thus their actions were highly restricted.

Miss Fox explains: “I don’t think [the University] could have [done more] because the gov wanted students back.” Here she went on to inform me that the University was told, due to the government’s ‘push’, that students should return to studying in Nottingham.

Her closing message was a strong one: “the University should be more open. I wish they were more open.” Proving that, although the University cannot be blamed for their response, they must be more proactive in showing what they are doing to help.

The main purpose of this interview has been to understand what the SU hopes will come out of these letters. The letter concluded with a short statement of demands, which were arguably brief.

When I ask them both if they felt everything had been covered Madeleine did confess that: “I wish we had been clearer on some points – but students are all experiencing different things. We may not have been 100% clear when asking what we wanted to come out from them.” They expressed that they know a response from the University is eminent and that they are waiting for that “any day now”.

In terms of a response from the government, they both understand realistically this may not happen, however they are “prepared to keep pushing”. In light of this, an interview with two of our local MP’s, Sally Longford, Deputy Leader of Nottingham City Council and Lilian Greenwood, MP for Nottingham South, was arranged. They were said to express sympathies towards the cause.

the students of the University of Nottingham are supported by a bright, young and proactive team leading our Student Union

Fundamentally, both expressed the importance of allowing the students, many of whom feel abandoned, to be heard. They also plan to create a survey, initially with mainly for students in halls, to understand better how students are coping. This would then be presented to all other students after the initial research to ensure they can provide the University with solid proof of a cohesive,unified student voice.

The letters testify that although we may feel forgotten, the students of the University of Nottingham are supported by a bright, young and proactive team leading our Student Union.

As Emily explained, “We are really lucky that our office team is so supportive of each other. We can rely on each other. It is a lot, it is heavy but we are all safe and healthy and we have jobs and we love the jobs we do.” Owing to this, I want to personally thank them for their hard work in ensuring students voices are heard in a time where they often feel forgotten.

We all believe in better.

Featured image courtesy of David on Flickr. Image license found here. No changes were made to this image.