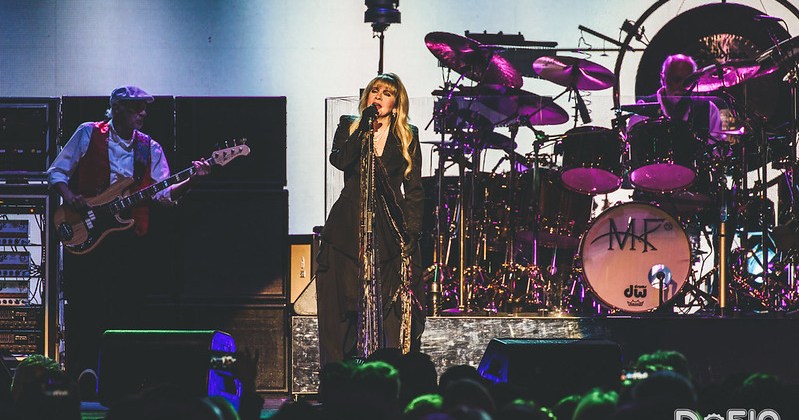 Though best known for her ethereal voice and mystical stage persona as part of archetypal rock band Fleetwood Mac, Stevie Nicks has been engaged in political dialogue for just as long. With the US presidential elections around the corner, she has expressed her strong concerns regarding the condition and future of the nation – even considering reaching out to engineer Elon Musk for a helping hand. Ryan Keane reports.

Stevie Nicks, vocalist of the iconic rock band Fleetwood Mac, has joked that she will leave earth if Donald Trump wins the US presidential election again this November. The star behind solo hits such as Rooms on Fire and Edge of Seventeen isn’t happy with how the United States has been doing these past four years.

“I don’t want to live in a country that is so divisive,” Nicks told Variety magazine. “If this starts over and there’s another four years of this, then I’m going. But we’re not welcome anywhere. So, where can I go? And I’m thinking: Oh, space.” She’s likely referring to the fact multiple nations have closed their borders to American travellers as a result of the United States’ shockingly high number of COVID-19 cases and subsequent deaths. 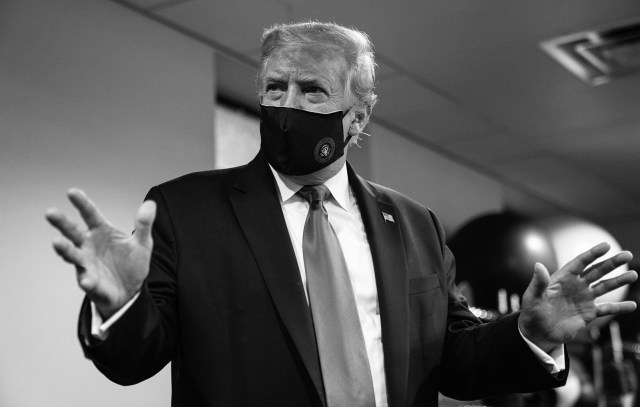 Nicks has openly condemned Donald Trump, who is currently falling behind Biden in the national polls for the presidential election.

Nicks also expressed worry over the fragility of Roe v. Wade in Trump’s America – a landmark ruling implemented by the American Supreme Court in 1973. This policy protects a woman’s right to an abortion without excessive governmental interference. This comes after Trump selected controversial attorney Amy Coney Barrett to join the Supreme Court. Barrett is set to replace the revered judge Ruth Bader Ginsberg, who died from pancreatic cancer at the age of 87 last month.

She’s revealed the SpaceX CEO might come in handy: “Maybe I can talk to Elon Musk into giving us a jet”

Nicks argues that she herself was someone who “fought for Roe v. Wade”, and is no stranger to political dialogue. In 2016, she threw her support behind Democratic nominee Hillary Clinton for US president. In 2019, the pair even hung out together backstage at a Fleetwood Mac concert held at New York’s Madison Square Garden.

But should Nicks be disappointed for a second time in a row this November, she’s revealed the SpaceX CEO might come in handy: “Maybe I can talk to Elon Musk into giving us a jet and letting me pick fifty people, and we’re like the Ark, and someone can take us and let us live on another planet until the next four years are over.”

There’s no doubt Nicks’ comments will have sparked frustration in some Trump supporters. In fact, she has been quite vocal about the “non-partisan” nature of her new solemn single Show Them the Way, evidently anticipating some backlash for it.

“It’s not for Republicans, it’s not for Democrats,” she said. “It’s meant to be a moment of peace for everyone… and, you know, the silly thing where people say, “Can’t everyone just get along?”, it’s like, can we just figure a way out of this horrific thing we have walked into? That’s why I released this now.”

She hopes the images, alongside her evocative lyrics, will serve as a balm for a broken world

The music video for the single contains photographs of the Kennedy’s, Civil Rights Movement protestors and Black Lives Matter marchers. Such imagery might agitate and offend some, but for Nicks, she hopes the collection of images, alongside her evocative lyrics, will serve as a balm for a broken world.

Featured image courtesy of Do512 via Flickr. Image license found here. No changes made to this image.

Article image courtesy of Donald Trump via Facebook. No changes were made to this image.