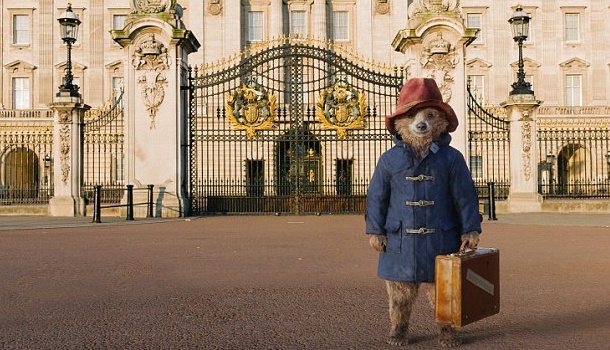 Based on the beloved book series by Michael Bond, and from the producers of Harry Potter, there are high expectations for the newest adaptation of Bond’s books, Paddington. From the trailer it definitely seems to be meeting these expectations, capturing the charm of this bear from deepest, darkest Peru.

The trailer outlines the basic plot: Paddington (previously named something like ‘Grawwwwww’) arrives in London, lost and confused but is quickly swept along with the Browns, a family in need of a bit of chaos. Mr. Brown (Hugh Bonneville) is reluctant, but as we see, slowly comes to see Paddington as part of the family, despite the mayhem the clumsy bear creates. However, an evil taxidermist (Nicole Kidman) also has eyes on the bear, and it’s up to the Brown family to band together to protect their newest member.

Several of the scenes shown are adorable and will be funny to both children and adults. The cast is very high profile, with Bonneville, Sally Hawkins, Nicole Kidman, Peter Capaldi, Julie Walters, Jim Broadbent and, of course, Ben Whishaw as Paddington (a last minute replacement for Colin Firth, but an excellent choice).

Seemingly a traditional British comedy with good animation and humour, this film, released in time for Christmas, certainly captures the holiday spirit and introduces the magic of Paddington Bear to another generation.

Paddington will be released in the UK this November 28th.