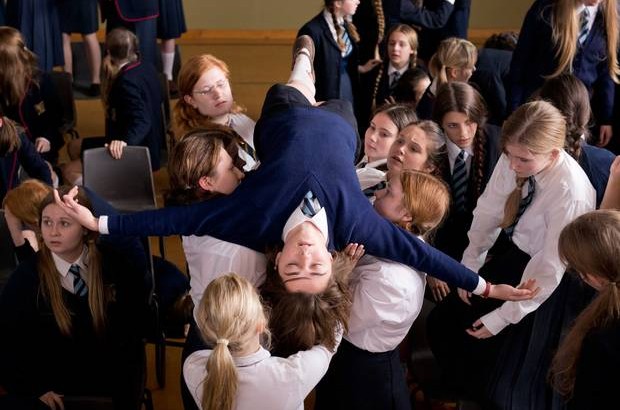 The recent flux of truly weird and challenging British cinema in the last year or two is heartwarming. Independent films like Jonathan Glazer’s Under the Skin and Richard Ayoade’s The Double have left audiences with characters and images unlike anything an average blockbuster could even dream of, and with Carol Morely’s second feature The Falling, a perfect blend of unease and beauty, this trend is set to continue.

Inspired by a number of different cases in which groups of people experience a collective psychological illness with no organic cause, The Falling explores the phenomenon of a fainting epidemic in a girl’s school at the end of the 1960s. Abbie (Florence Pugh) and Lydia (Maisie Williams) form a romantic friendship, but after Abbie’s unexpected death Lydia experiences nausea, twitches and loss of conscience. The whole school soon follows, leaving teachers and doctors unable to find an explanation. 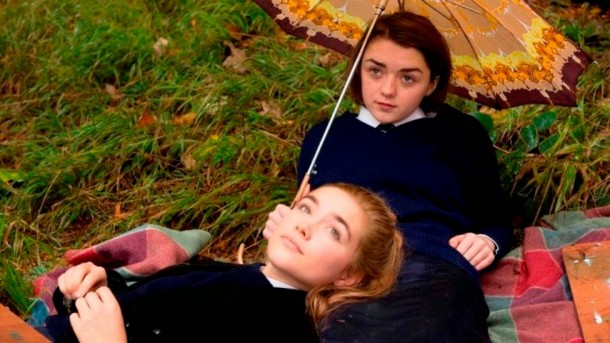 There is no easy way of understanding this film. To call it a coming-of-age drama is not an unfair description, but at the same time the label doesn’t seem to do the film justice. Themes of sex, loss of virginity, even incest, imply that the trigger to the girls’ fainting is hormonal; the diagnosis of the cigarette-smoking headmistress is mass hysteria, or ‘womb-sickness’, which just adds to the frenzy. The atmosphere of fear and uncertainty created by Morley and the young actors is hypnotic, the whispering in the corridors, the impish smiles they give as answers to psychologists’ questions, and Maisie Williams is almost frightening.

The Falling’s power stems from its magic, its layers of folk horror and mysticism that lie unexplained beneath its surface. Lydia’s brother Kenneth’s obsession with the ley line running under the school and his careful gathering of Abbie’s hair are passed over as curiosities, but the suggestion that the fainting is caused by more sinister, occult forces is made a real possibility. The girls’ mourn in the form of Romantic incantations, reciting lines from Wordsworth’s Prelude as they look up to the sky, and their almost pagan devotion to the surrounding woods is a constant presence – names carved on trees, flashes of acorns, the screen filled with shadows on the grass and Tracey Thorn’s soundtrack like something from The Wicker Man – all of this is brilliantly done. 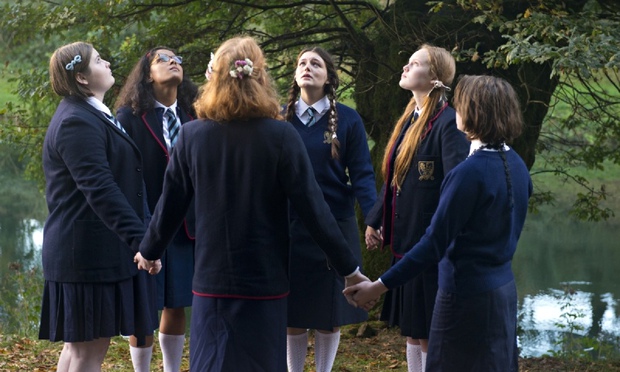 By the end you’re left unsettled but deeply impressed. The film’s obvious counterpart is Peter Weir’s Picnic at Hanging Rock, yet The Falling feels more complex in its meaning, more intense in its intimacy. Carol Morley stands out as one of the most interesting directors around, exploring the stranger, more magical side of our reality. Her 2011 documentary Dreams of a Life was a surreal and lonely piece of cinema, but like The Falling, distinctly human; let’s hope she continues in this vein.