Matteo Garrone’s Tale of Tales is unlike any fairytale movie you’d have ever seen. A mishmash of the fantasy, horror and supernatural genres, it is considerably dark, sinister and a far cry from the Disney classics we’re perhaps more used to.

Not darker like many Disney live action productions have attempted, where characters aren’t animated and the baddies are meaner – darker as in involving rape, being skinned alive and Vincent Cassel going down on two women at the same time. Yet despite being unconventional and frankly a bit nasty, the film makes a point to include fantastical elements reminiscent of what we now recognise as fairytales: ogres, trolls, witches and even a Rumpelstiltskin type character. Tale of Tales is magical, grim and grotesque all at the same time.

The film loosely intertwines three stories, each concerned with women who take fate and destiny into their own hands, often with grave consequences. The Queen, featuring Salma Hayek who plays the titular character, is about the incredible lengths one woman goes through to acquire a child – including eating the heart of a sea monster cooked by a virgin. The Flea is about a King who neglects his daughter in favour of a flea, and the Two Old Women is about a King who is entranced by the singing of a woman whom, unbeknownst to him, is very old. 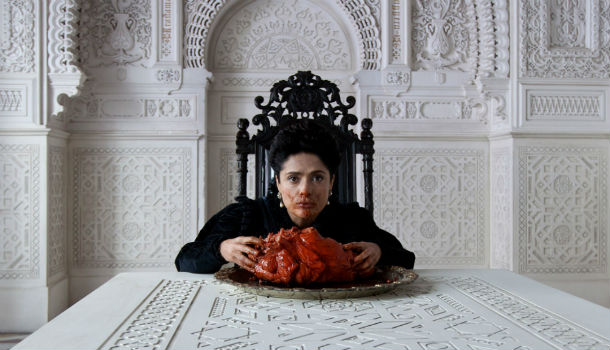 Salma Hayek albeit marketed as the biggest star in this movie, is given a role that disappointedly falls a bit flat. The writers missed an opportunity to create a truly vengeful Queen on the warpath. Instead, Hayek’s Queen comes off as just a bit bitter that her near-adult son doesn’t want to hang out with her all the time. Surprising, however, was the standout emotional performance Garrone pulls out of newcomer Bebe Cave, who plays a princess sold to an ogre.

The film’s 17th century-esque Italian setting also pays homage to the European origins of the genre, something which is arguably inevitable given the source material on which the film is based – the Tale of Tales fairytale collection by Giammbattista Basile which inspired the Brothers Grimm.

Despite using no CGI and just working with natural environments, each of the three settings manages to be theatrical and grandiose, features that elevate the storytelling and give it a visually rich and operatic quality. 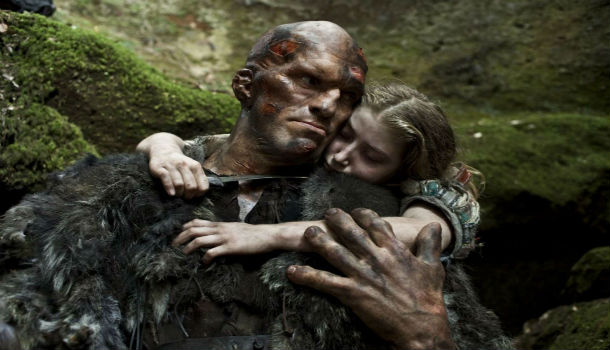 The grandiose setting is equally matched by its score. A good score is one that has the ability to say through music what is not being said through words and express something about the film that might otherwise go unnoticed. The fact that there isn’t much dialogue, yet the film still consistently intensifies and leads the audience’s emotions, is a testament to its score.

Tale of Tales is deliciously repulsive, bold and obscene. It’ll either be absolutely your cup of tea or you’ll spend the entire time thinking “what on earth is this?”