From its debut in your Christmas stocking for relentless naughty behaviour (you know who you are, you bad, bad people!) to your dinner plate: we are now welcoming charcoal into the foodie world of 2017.

It is the lumps used to help fire up the barby in summer. We associate them with charred foods and smoky flavours. However, is charcoal useful in other ways…?

Have you (or maybe a friend) ever got so bladdered on a night out that you’ve ended up in the hospital? Maybe had your stomach pumped a wee bit? Well, charcoal helps out here by removing all that toxic ethanol from your system. Yum! Believe it or not, the French take it to another level, as GPs prescribe it for bloating and gas prevention. So, if you’re a tad flatulent nibble on some coal.

Seriously though, legend tells it that it can also reverse the effects of acute poisoning and overdose (TRUE) and the perilous hangover (possibly a shade away from the truth). 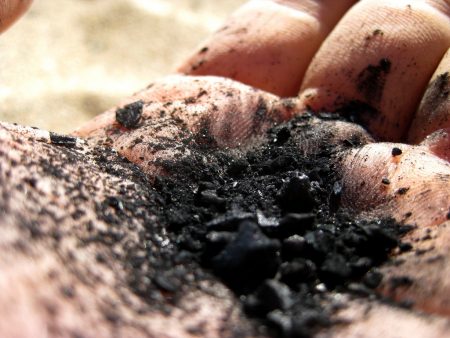 Here’s the science for you. Activated charcoal has its benefits because of its negative charge. This negative charge attracts and is attracted by positively charged components i.e. toxins in your body (layers upon layers of alcohol, etc.) But it is carbon, so surely carcinogens are involved somewhere and… Let me stop you right there! Activated charcoal is the by-product of burning materials such as coconut shell, wood and plants. It’s harmless (or so the professionals say). As it is burned to ash, it can be added to foods in a powdered form just like herbs and spices! Don’t get too carried away though.

Please do bear in mind that charcoal is not a ‘miracle’ ingredient. Its negative charge can also remove positively charged nutrients from the body, especially those little defenceless minerals. It is more of a detox ingredient (refer back to the mention of stomach pumping).

Now the real foodie bit… Burger King Japan launched its Kuro Pearl Burger two years ago and it made a bit of a stir with its bamboo charcoal bun and black cheese. To the eye the bun looks unpleasant – mouldy almost – and the cheese looks like tar. However, this apparently deceives its overall aesthetics. Despite what we think about charcoal contributing a smoky flavour to dishes it actually has zero flavour; it is the texture that is most affected, it being described as granular. To me, granular says ‘gritty’ or ‘bitty’, so doesn’t have a great appeal. Nevertheless, charcoal seems to be popular in umami and bitter profile products. Take the ‘classic’ example of British Charcoal Biscuits paired with cheese. They have been around for yonks apparently and work a charm at dinner parties! 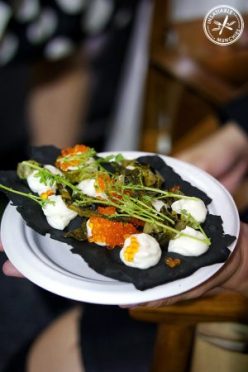 Foods we pass in the shops all the time have charcoal in them to some degree: jelly beans, liquorice, jams and juice, just to name a few. Even pet food brands are getting involved – yes, I’m talking about you Wainwright’s with your Charcoal Bones! We are going absolutely crazy for this stuff. But why? As stated before, it doesn’t look particularly fantastic (or even edible for that matter); it has no taste; it contributes some form of shitty texture; it has counteractive health benefits, BUT it could stop you from letting rip a ripe fart or two.

It brings niche to the market. That right there is your reason – niche! We consumers love the weird, the wacky and the wonderful, and that’s what charcoal foods are. So, sprinkle some in your smoothie, chuck some in your bread mix or eat a shit tonne of liquorice if you would prefer – we have to stick to the trends somehow.

Jack Taylor: “Theresa May is deluded about Grammar Schools”