Holly Wilson, Impact Feature's astrologer, is here with your Christmas food themed horoscope - because we all want to know whether we are the human equivalent of Pigs in Blankets 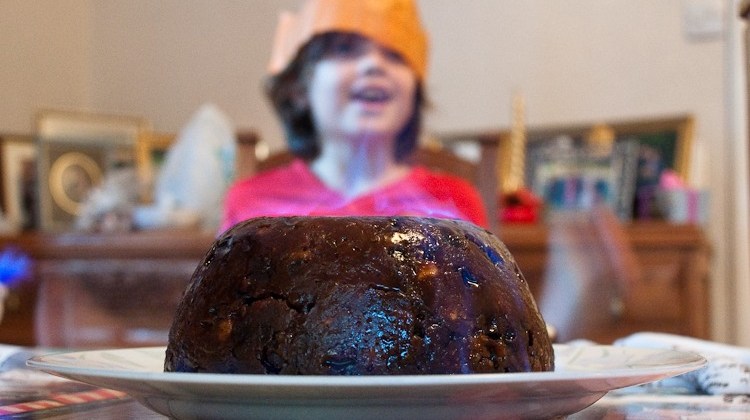 Horoscopes and Christmas, two of the most exciting things ever, wrapped together perfectly, with a bow on the top, in one single Impact Features article. Holly Wilson is back with your festive fortunes with a brilliant Christmas food twist.

You’re working for the greater good and giving us all what we want this Christmas. The sight of your tender, bacon-wrapped bodies in the oven makes our hearts soar. The cheekiest edition to the party plate, you have universal appeal and the ability to end all family tension when you are presented as the edible equivalent of the tree topper. Keep doing what you’re doing, brave soldier.

Who cares that you, the iconic octagonal box, have been getting smaller and smaller every Christmas. You’re an INSTITUTION! Loyalty is admirable, if not a little bit sad, and the guilt of chomping through a whole box isn’t quite like it used to be, rivalled only with the feeling like it doesn’t quite fill like it used to.

You’re only here to cause friction, the trouble-maker, the biggest debate of the Christmas dinner table: Sprouts, yay or nay? Some folk love you, some would rather your entire crop failed and died. The drama of you sad little cabbages is what fuels your fire. You just want to be popped whole into someone’s gob and then watch the world burn.

The unsung hero of the Christmas dinner plate, bread sauce will champion through against the basic likes of Bisto gravy and cranberry sauce. Once you start there’s no stopping, with some heroes electing to drink you straight or by the spoonful. My heart goes out to you and the joy that you bring, thank you so much.

You’re overrated and over confident, sliding down the Christmas dinner plate to where you’re not welcome. Stop molesting the greens and stay in your lane, hun. Sure, you’re grand for a bit, but honestly who thought of polluting this sacred day with your mushy berries and jarring sweetness, please don’t.

On boxing day morning, there’s nothing quite like you’re reassuring brunch. You’re practical, responsible and there to support everyone through the dull ache of the inevitable hangover. Never to be underestimated, the Turkey Sandwich holds power in its slices and a dream in its heart.

Yes, you’re a staple, an icon, and throughout December Mums and Grandmas everywhere slave over your tiny pastry stars. But does anyone actually choose to eat a mince pie? Or do we one day find ourselves half way through one and just accept that fate must have brought us here for one reason or another?

The cork pops, the music drops, and suddenly Gran is wailing along to Fairytale Of New York, and its all your doing. King of the Mess, you’re only here to ruin Christmas with your allusion of grandeur and ability to turn even the most straight-laced aunt into a fiasco. The orange pretends to tone you down, but in reality, you’re danger in a bottle.

He’s here, your boy. The crowning jewel of the Christmas feast. Sure, no one actually likes how you taste, but you’ll cater for everyone. You hold secrets in the form of rogue coins, which in theory is fun but in reality is a health and safety nightmare. Although you’re iconic, you really need to think over some of your actions.

Restraint. It’s all about restraint and self control. You can maintain the ritual of opening the little doors day after day throughout December for a smudge of less than impressive chocolate. Where others might crumble under the weight of knowledge that there is a source of chocolate nearby, not you. Credit where credit is due.

You’re the true indicator that Christmas is coming. Before the John Lewis advert, before the Christmas lights switch on, there was you. The winter treat on the coat tails of Autumn. Yes, you may be mocked and maybe a little bit overpriced, but you’re an indulgence and don’t you know it.

Its coming to the end of the meal and its becoming apparent there is no more food to eat. Panic sets in. How can we possibly avoid talking to the weird distant relatives now? Then, you arrive, the ‘Italian’ danger. Vienetta. The wise and resilient hero of any fancy meal. Maybe you’re all visuals and no taste, but you deserve all the love you get.