James takes a look at the future of Marvel after the release of the hugely successful Black Panther... 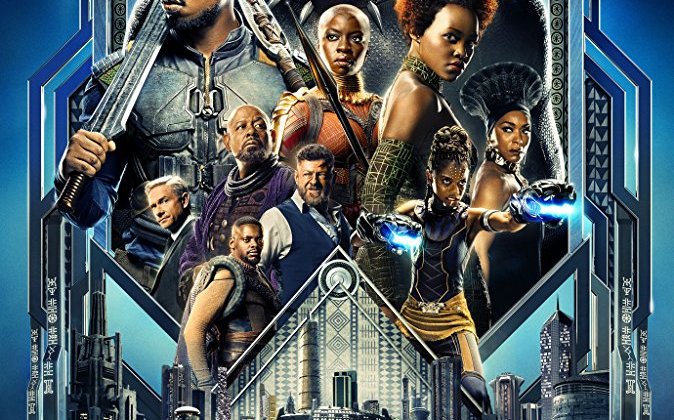 Black Panther, released in cinemas on 12th February, was the final Marvel film before the long awaited Avengers: Infinity War, which will bring the last 10 years of the Marvel Cinematic Universe to a conclusion. So what loose ends has it tied up and what have we learned? Spoilers ahead.

Director, Ryan Coogler has created a vibrant and visually stunning landscape of the fictional African country of Wakanda. Our hero, T’Challa (Chadwick Boseman) has returned from a United Nations meeting, where his father, King T’Chaka was killed in a terrorist bombing. Therefore, he returns as the King elect. We watch his journey as he carries both the weight of the Black Panther and the Wakandan throne on his shoulders.

What can we draw from this film? Firstly, we know that in Avengers: Infinity War, the team will face the most powerful villain the MCU has ever seen: Thanos (Josh Brolin). We also know from the trailer that he is in search of all six infinity stones. Before Black Panther we knew the locations of five, leaving the last one to be found in this film, right? Wrong! The final infinity stone, the ‘soul stone’, still has not been found.

Although I was sure it would be revealed here, I am willing to bet my student house that the ‘soul stone’ will appear in Wakanda in Infinity War. As the name suggests, it has connotations of the afterlife. In Wakanda, there is a heart shaped herb, which when ingested gives the power of the Black Panther. But interestingly, it also allows the drinker to enter the ‘Ancestral Plane’ where they can speak with their dead ancestors. A place which grows such a herb, seems to be exactly where the ‘soul stone’ might be hidden.

More predictions for Infinity War: the fate of the Avengers. We know that there is an as yet untitled Avengers 4, set for release next May, so I expect this will be a two part story. As such, I will discuss what I expect to happen over the course of both films. With both Chris Evans (Captain America) and Robert Downey Jr.’s (Iron Man) contracts expiring after Avengers 4, and having both expressed a desire to step down from their roles, I’ll start here. The two poster boys for the Avengers can’t keep going forever, and we know that Thanos has been teased since The Avengers (2012), so in order to show his true power, I would assume that he’ll have to kill some of our favourite heroes.

Surely the most poignant death would be that of Captain America. I predict that he will be killed off and Tony Stark (Iron Man) will retire out of guilt. This would make perfect sense following their monumental fallout in Captain America: Civil War (2016). If this does happen, how will they be replaced? The most obvious being that Cap’s lifelong best friend, James ‘Bucky’ Barnes (Sebastian Stan), would take the shield and carry the mantle of Captain America, however the lukewarm fan response to Bucky makes this a risky move.

Another option, and one I’d like to see is Sam Wilson (Falcon) take on the role. He is one of Captain Rogers’ most trusted friends and a fan favourite. Moreover, following the success of Black Panther in promoting black representation in cinema, what better way to follow this up than have a black character don the stars and stripes?

As for the rest of the current Avengers, I suspect many will step down from their roles. Thor (Chris Hemsworth) and Hawkeye (Clint Barton) are likely to retire in the aftermath of the Infinity war and potentially Black Widow will die to make way for a new female hero, Captain Marvel, scheduled for 2019. This leaves the question of what will happen to the Avengers franchise.

Well, given the fact it’s the most successful series in the MCU, Avengers is not going anywhere. I anticipate it will follow the trend of the comic books and we will see a ‘New Avengers’. Likely candidates to head up the new team would be Dr. Strange (Benedict Cumberbatch) and Black Panther, who would both excel in leadership roles. I also assume that once Peter Parker reaches adulthood, we will see Spiderman (Tom Holland) become a fully-fledged Avenger, alongside Captain Marvel and Ant-Man (Paul Rudd).

While Avengers: Infinity War and Avengers 4, mark the end of a 10 year journey, starting with Iron Man back in 2008, it also signals a bright new dawn for Marvel as we inevitably see new heroes step to the forefront.