So, first things first – I am not a ‘horror game’ person. I love horror films, I love watching people play horror games, but play them myself? Haha – no thank you. And before any of you try to say ‘it’s not even a real horror game, just a multiplayer piece of fun’ – I’d like to see you remain happy when one of your friends bursts out of the ground in front of you whilst you’re happily working on a generator screaming ‘SURPRISE’ before promptly hitting you in the face. It’s terrifying.

“This is definitely one to try out.”

But that doesn’t mean it isn’t a lot of fun. I’m lucky enough to have a great group of friends when it comes to gaming; and luckier still, that almost all of us have access to a PS4, so when we saw that Dead By Daylight was free for last month’s PS Plus, naturally, we all downloaded it, and started mercilessly murdering each other and seeing who could terrify the others the most. If you too have a group of Playstation pals, but unsure what multiplayer game to play, this is definitely one to try out. 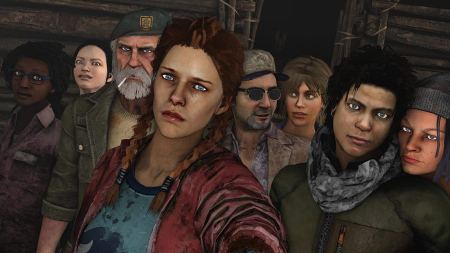 But if you’re yet to hear of this game, here’s a quick overview: each game involves one killer, with various perks and powers, and 1-4 survivors, who simply want to escape. The killer, as the name no doubt entails, must walk around a horror-themed map (typically involving abandoned buildings, wide open spaces, darkness, some mist, and the occasional blood splatter or three) and mercilessly kill every survivor they come across.

They do this by first hitting them until they fall to the ground, and then hanging them up on a hook (there are conveniently multiple hooks all across the entire map, just in case you had a particular hook in mind for this particular victim) and allowing them to be sacrificed to some weird entity in the sky. Is it Cthulhu? No idea, but for some reason, the killer has to sacrifice them. There are a couple other ways to kill survivors (if you knock them to the ground, you can just let them bleed out) but this is perhaps the most efficient. You win when every survivor is, well, dead.

“there’s nothing scarier than thinking you’re safe and in the clear, only to hear your friends voice go ‘well hi there sweetie!’ in the creepiest voice you’ve ever heard.”

The survivors goal? Again, as the name suggests (sensing a theme?) – survive, or, more aptly, escape from the murderous lunatic, whoever they may be (because yes, you get a choice of killer!). Numerous generators span the map, and survivors escape by fixing a certain number of them (designated on the bottom left of your screen) which allows the opening of the ‘exits’. Get to the exit, open the door, and once you’re through – your scot-free, well done, you survived! 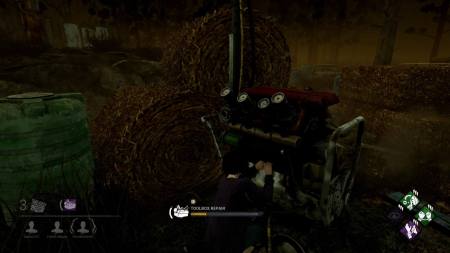 From this, I’m sure you’re thinking ‘well, that’s incredibly simple’ and… yeah, you’re right, it is. And to be honest, if you were to play this simply online with strangers, it may not be too great. But if you have a group of friends (I’d advise at least 3 as well as yourself, as 2 survivors vs. the killer is simply impossible) this becomes very fun, very fast.

For instance, how we did it, is we had all of us join voice chat, and then had whoever was playing the killer mute every other player. This gives the survivors the chance to actually plan and strategize without the killer overhearing, and gives your killer friend the chance to express their inner crazy as they hum the creepiest themes they know, test out some terrifying voices, and all-in-all scare the bejesus out of you. Because trust me, there’s nothing scarier than thinking you’re safe and in the clear, only to hear your friends voice go ‘well hi there sweetie!’ in the creepiest voice you’ve ever heard.

“Listening is a huge part of Dead by Daylight”

Plus, the sounds within this game… are amazing. Listening is a huge part of Dead by Daylight; when you’re the killer, listening for footsteps, whimpers, or if you’re the doctor (if you play him, I hate you already) screams, quickly aid you in finding where those pesky survivors are hiding. Playing a survivor? Not only do you get sound queues for any skill checks you may need to make (because yes, fixing generators absolutely requires skilled quick-time checks), but whenever the killer is close, you can hear your character’s heartbeat, which grows in speed and amplitude the closer he (or she) is to you. This is absolutely a game to play with headphones, you do not want the killer to sneak up on you. 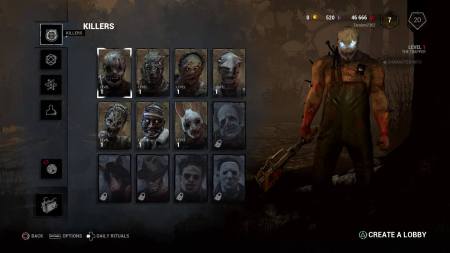 It’s still safe to say that I hate horror games, you wouldn’t catch me dead playing Amnesia, Slender Man, or Resident Evil VII, but Dead by Daylight is, quite simply, addictive, and if you have the right group of friends – hilarious.

“if you’re being chased by the killer don’t run towards your friends.”

Though do yourself a favour, when playing with your friends as survivors – if you’re being chased by the killer don’t run towards your friends. Not until you’ve escaped. Trust me when I say that my boyfriend was almost killed (in real life…) multiple times, due to his inability to run away from me, when he had the killer in tow – it might seem like a fun strategy passing the killer over to another, healthier, friend, but it is not a nice move. Don’t do it. Especially as if you want to escape the hook when you’re caught, you’ll need your friends to save you… my partner “accidentally” got me and another friend caught so many times, we eventually started helping the killer find him. Ah, sweet justice.

So what are you waiting for? Gather your friends, get a hold of this game, and slaughter (or run) to your heart’s content – trust me, you’ll have an awesome time.

Featured image and article images courtesy of Starbreeze Studios via IMDb. No changes made to the images. Company credits found here. Image use licence here.

Numeracy and Literacy Skills: Core to our Education System and Life