TellTale: The Walking Death of a business

Tom looks into the decline that led to the death of the well-known Video Game Company: TellTale

As of the 21st of September, TellTale game studios has filed for bankruptcy and has essentially died. This was a sudden and surprising revelation that has caused great waves within the community as many of the games they have put out have become beloved and held in high regard. The publisher was also being contracted by such big shots as Marvel, HBO, and DC to make games of their licensed brands. So, the first question we need to ask is what went wrong? Sadly this is incredibly simple. No one bought their games.

Above is a graph of Steam ownership for TellTale’s games, starting with Back to the Future and ending with Batman: The Enemy within (season 2).

Of course, a massive spike is seen with The Walking Dead: Season 1 which became the game that put them on the map and popularised the moral decision based, story driven style of game which has since been used to great success by other game publishers, such as Square Enix. This was a monumental success with a 3.5 million ownership on Steam and was very influential in game production as it inspired success for the genre where it lacked it before. 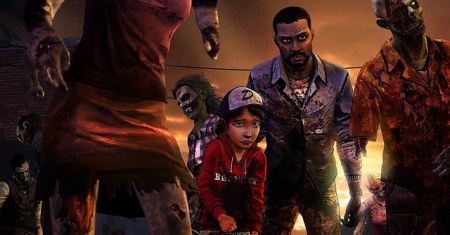 At this point, with expectations high, TellTale should have hunkered down to work on another big hit with as much development and success that The Walking Dead: Season 1 had. But instead we can see that they thought they should put out a lot of games quickly, recycling the engine and other assets.

Their next game The Wolf Among Us came out within the next year and ownership drops to around 1 million, a third of their previous release’s success. A highly anticipated second season to The Wolf Among Us was announced on the 19th of July, two months before their Bankruptcy, and inevitable cancellation.

Although the second season of The Walking Dead gave the company a little more of a boost, this came out 2 months after The Wolf Among Us. What conditions are your workers being put in to release two games in a two-month time frame? Tales from the Borderlands through to Game of Thrones still hold on slightly with a solid 500,000 copies sold, but this was the point when TellTale fatigue started to set in.

People began to see through the formula and feel a need for change in the way it worked.

Around this time Life is Strange came out, a similar style of game made by Don’tNod and published by Square Enix, which felt more polished and delivered some of the player control over character relationships and stories that people wanted from TellTale.

Seeing the light, people stopped buying TellTale games, and in 2016 TellTale released three games, two Walking Dead, and the first Batman, which started to drop to around only 250,000 copies. Since people had little control over their story and many instead watched YouTube Let’s plays of the games, people felt no need to buy the games for themselves anymore. 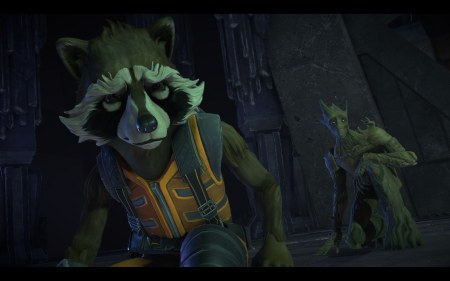 After this TellTale made a Guardians of The Galaxy game, I know right? You forgot it existed? The hottest property in the world and it seemingly couldn’t even breach 20,000 copies. People were fed up of TellTale and they continued to pump out the same mediocre content over and over. Working their staff to death in the process as they released 2/3 games a year.

By the end Batman: The Enemy Within finally brought changes to the system that the company needed since The Wolf Among Us, almost 5 years ago.

The Game focus shifted from the binary timed decisions generally resulting in one character or another’s death, to small continuous decisions that changed the character’s arcs. Leading to my favourite screengrabs in a long time of ‘Alfred has become Vengeful’ and ‘The Joker is a Vigilante due to your influence’, both an interesting Batman story and an enjoyable game. But it was too little and too late, everyone wasn’t interested anymore. 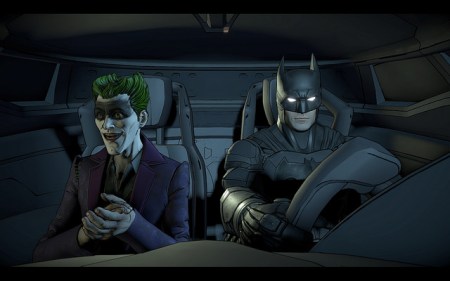 The next question is what’s going to happen now? Disappointed fans lost The Wolf Among Us 2; people lost their jobs in a heartbeat with no severance pay, and The Walking Dead: The Final Season is over during episode two.

Since then they have announced that a skeleton crew of 25 employees will still be working on Minecraft Season 2, and there is some news of a partner studio finishing The Walking Dead. But still there has been no news on Severance pay. TellTale was already labelled as providing poor treatment of its workforce –  they were making three games a year and fired 25% of their workforce in early 2017, meaning the rest were working even harder.

And now, TellTale had only recently hired new employees that moved cross country, moving their entire family, and upon arriving in a new state and ready to work they lost their job with no severance pay at all.

But money is going towards Walking Dead and Minecraft still. The question in this instance is, can we live in a community that values completion of The Walking Dead over the lives of those who were supposed to work on it? Can we continue to value people as only components to completion of a job or purpose?

Hopefully in the future we can see these workers reimbursed and the death of TellTale can act as a reminder in the future. Game Development is difficult and time consuming and we need to treat the people involved with more respect.

Articles images courtesy of steamXO and Jorge Figueroa via Flickr

Above graph taken from Imgur, which took its information from steamspy, we cannot confirm the legitimacy of its claims and understand that there is a possibility for discrepancy in its published results.

Rosa’s Recommendation of the Week – Marrakesh