Six Nations 2019: Why Wales are this Year’s Dark Horse 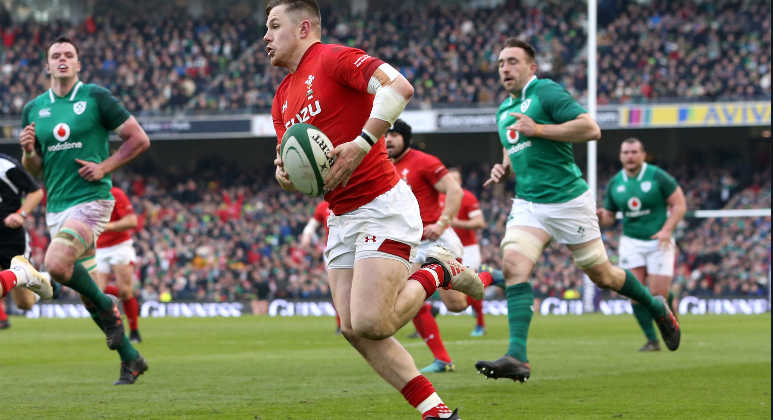 This year’s edition of the Six Nations is just days away and the standard of competition looks to have gone up again after years of continuous improvement. Ireland are riding high after beating the All Blacks once again in November, England’s squad looks to be as strong as it’s ever been in the Eddie Jones era, and Scotland have great momentum from the success of Edinburgh and Glasgow in the European competition. But Wales will also go into the 2019 tournament with their best chance of victory in years, and look to have a great chance of success in head coach Warren Gatland’s final campaign.

The odds makers typically have Wales at third favourite to win the Six Nations, behind Ireland and England, but the form of Gatland’s team can certainly compete with Europe’s best. While Ireland’s record of 11 wins in 12 games in 2018 is the benchmark in the international game, Wales’ record was an impressive 10 out of 12, well ahead of the 6 wins in 12 claimed by England. That record gives the team great experience at handling expectation and closing out games, vital for a tournament which looks set to be as close as it’s ever been.

“Gatland’s side is not prolific in its try scoring, but as the autumn showed, good defence can mean a couple of tries are enough to secure wins.”

The facts behind those numbers are also admirable. Whilst Ireland and England took full strength sides on their summer tours, an experimental Welsh side defeated South Africa in Washington D.C. before claiming their first victories in Argentina since 2004. Then in the autumn, Ireland’s only major absence was Conor Murray, whilst England had to do without the Vunipola brothers.

Meanwhile, Wales won four out of four without Taulupe Faletau, Leigh Halfpenny and Scott Williams for at least some of November, all whilst adapting to the loss of Sam Warburton and Rhys Webb to retirement and ineligibility, respectively. The strength in depth developed by those set backs will look to be crucial with a reasonably lengthy injury list to contend with.

ICYMI: How will Wales fare in Warren Gatland's last #SixNations in charge?

? He is relishing the 2019 tournament

That injury list will give Wales problems, with Faletau set to miss the tournament with a broken arm. However, the possibility of a number of notable returns as the tournament progresses, including Halfpenny, Gareth Davies and Ross Moriaty, could give the team a significant boost as the tournament progresses towards the crucial games with England, Scotland and Ireland. The last year has shown Wales are able to survive an injury crisis, whether the other teams could do so remains to be seen.

Also, the fixture list could suit Wales’ chances of a good campaign. Although they will have more away matches than home, they have won on all of their visits to Rome under Gatland, lost just once in Edinburgh, and they will face a France team that has won only one of their last six games at Stade de France. That means they have their toughest tests against England and Ireland at home, where Wales have claimed victory in their last eight games, and Ireland are yet to win in the Six Nations under Joe Schmidt, giving them a tough road to claim an unprecedented consecutive Grand Slam.

“While Ireland can boast a formidable back row that underpins its own watertight defence, the men in red are more than capable of competing with them.”

The manner of their victories will also give encouragement to Wales. Their defensive displays over the autumn period have been some of their best under the leadership of defence coach Shaun Edwards, conceding an average of 12.2 points in their last six matches, giving any team a tough challenge to break through this Welsh side. In attack, Wales have also looked much improved to previous years, with slick passing throughout the team and a good mixture of power and pace through the likes of George North, Jonathan Davies and Liam Williams.

Gatland’s side is not prolific in its try scoring, but as the autumn showed, good defence can mean a couple of tries are enough to secure wins. The team dynamic also benefits from a great mix of experience and youth, with seasoned veterans like skipper Alun Wyn Jones complemented by the energy of the likes of Tomos Williams, a perfect balance for any successful team.

Wales’ strength in the back row will also be a key asset in the tournament. Despite having a host of options out injured, the side will still field an enviable group of players in the opening fixture in Paris. That strength could prove crucial in winning the turnovers that make all the difference in keeping sides out, especially with England and Scotland not boasting the same embarrassment of riches. While Ireland can boast a formidable back row that underpins its own watertight defence, the men in red are more than capable of competing with them.

This year looks to be one of Wales’ best chances to claim a Six Nations title. Although Ireland will be formidable once again after another impressive year in 2018, they will have to break Wales’ outstanding home record to back up last year’s triumph. The momentum of the Welsh side also puts them in a great position for a title challenge, with the strength in depth, defensive prowess and slickness in attack that has developed, posing a huge test for any opponent. Ireland deserve their status as favourites, but don’t count out a confident Wales team.