#10yearchallenge – Running out of Time to Save Our Planet

A new trend which has followed the turn of 2019 is the #10yearchallenge, with people taking to twitter, Facebook and Instagram to share photo transformations of themselves from 2009 to 2019. Although initially a bit of fun, especially among the Hollywood sphere, with celebrities sharing embarrassing past photos, the hashtag has since found another cause. Environmentalists have begun using the hashtag to unveil the drastic and horrifying damage done to the planet in the last ten years.

Organisations such as Greenpeace took to social media to demonstrate the reality of our world in a single post, focusing on deforestation and ocean pollution. WWF also shared a comparison satellite picture, courtesy of NASA, showcasing the alarming decline of Arctic sea ice.

Despite many of the current population being aware of just how dire the situation is regarding our impact on the natural world, society still lacks a sense of urgency. What the #10yearchallenge photos have achieved is a discussion and well-needed re-shock.

We know the facts and stats, and have seen the countless number of photos and videos across multiple media channels. Unfortunately, this has caused us to become de-sensitised to such issues, quietly accepting them as a way of life, rather than inciting us to ask; how can we stop this?

Our advances in science and technology will soon be undermined by the fast-moving collapse of the natural world. The side-by-side photos present a sharp contrast to one another, and create an unnerving experience, as we realise that despite all our progression and development, the damage we can cause in just ten years without much thought is staggering.

We need more action. As Sir David Attenborough (15:06), king of natural history documentaries, pointed out, we are fortunate enough to be a generation who knows the impact we have on the environment, this should be enough for us to change it. 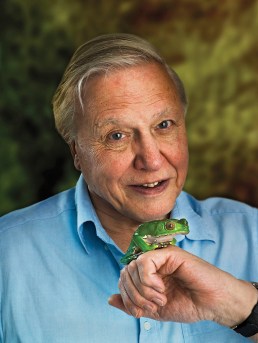 Yet, the appeal of the digital age is taking over with our dependence on phones, tablets and laptops increasing. When speaking at the World Economic Forum annual meeting in January, Attenborough argued that digital wonders are partly to blame for humans delayed response. He states that modern society, especially millennials, are becoming increasingly disconnected to nature, with the gap between urban and rural areas widening.

Although, partly true, I must also disagree with Mr Blue Planet, as I think the increased interest and growth surrounding the travel industry would say otherwise. Research done by the World Tourism Organisation for example, shows that 46 million more people travelled internationally in 2016 than 2015. As a student this is not so surprising when you consider the increased interest in travelling gap years, study abroad schemes and Camp America. This demonstrates, that more than ever before, people are choosing to explore and become consumed by the different wonders the earth holds.

“It is time we use technology to the Earth’s advantage”

To continue to appreciate such a privilege, it is time we use technology to the Earth’s advantage. For inspiration, we need only look to the progress we have made so far, including steps in renewable energy from solar panels to electric cars, or the 5p bag charge introduced in 2015, taking over 15 billion plastic bags out of circulation, which is set to increase to 10p in 2020.

There is also the rise in Veganism, with 2,000 people across England, Scotland and Wales switching to this non-dairy, meat free diet, which has doubled twice in the last four years, helping to reduce greenhouse gas emissions. 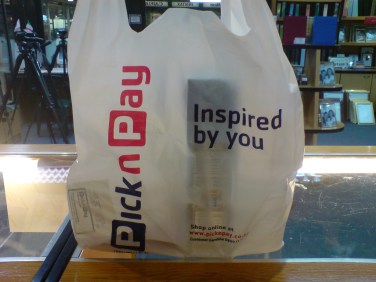 Other everyday improvements can be seen in the use of re-useable cups, encouraged by chains such as Starbucks and Pret A Manger who apply discounts to customers who bring in their own re-usable cups for their beverages. At the end of 2018, the government launched its plan to ban all distribution and sales of plastic straws, drink stirrers and cotton buds, set to take effect in October 2019. These steps, however big or small should be recognised. We should take note of the progress we have managed so far, and use this to motivate further change and improvement.

Us as individuals, can do three simple steps to help:

We share the world, which means we also share a responsibility for its condition ten, fifty, one-hundred years from now. If you need more convincing, please read below a final quote from David Attenborough, who phrases the reality of the situation very clearly:

“We have to recognise that every breath of air we take, every mouthful of food we take, comes from the natural world. And if we damage the natural world, we damage ourselves. We are one coherent ecosystem. It’s not just a question of beauty, or interest, or wonder – the essential ingredient of human life is a healthy planet.”

Featured image courtesy of Smudge 9000 via Flickr.  No changes were made to this image. Image license found here.

Antonio Brown is the latest victim of the ‘Madden Curse’

Rosa’s Recommendation of the Week: Homeboys