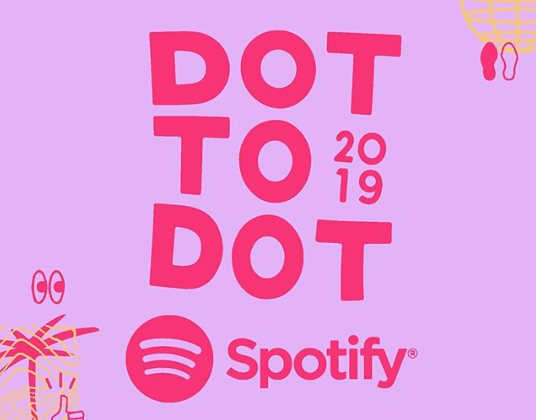 I had the pleasure of attending Dot to Dot Festival last year and had an absolute blast. Touring in Nottingham, Bristol, and Manchester from 24th-26th May, this is a musical extravaganza that you do not want to miss. The last leg of the festival will be in Nottingham on 26th May, rounding up a fantastic weekend of music.

2019 marks Dot to Dot’s 15th year and the line-up is set to match the celebrations. Alongside headliners Crystal Fighters and Jordan Rakei, the festival will feature the sounds of Swim Deep, The Night Café, Dream Wife and The Orielles. The second wave of acts has also been unveiled, revealing the likes of King No One, The Slow Show and Bloxx. Last year’s event welcomed huge crowds and this year is looking to be bigger and better than ever.

“Dot to Dot prides itself on unearthing new talent, shedding light on local artists too.”

The festival circulates in a wide variety of venues in Nottingham, from the madness of Rock City’s main stage to acoustic sets in the cosy comfort of Suede bar, there is something for everyone to enjoy. As well as the range in venues, the variety of musical genres on offer is huge. From rock to R’n’B with everything in between, the festival celebrates the best of the UK’s music. Dot to Dot prides itself on unearthing new talent, shedding light on local artists too.

One of my favourite elements of the festival from last year was Stealth’s silent disco, allowing festival-goers to dance the night away in one of Nottingham’s well-loved venues. As well as the music, the festival gives attendees the chance to explore some of Nottingham’s hidden treasures in food and drink. Spread across the heart of the city, the festival covers The Bodega, Rough Trade and The Rescue Rooms to name just a few.

“…a fun-filled, unforgettable weekend of music”

Dot to Dot 2019 promises to be a fun-filled, unforgettable weekend of music, brightening up your May Bank Holiday. You can find out more about the festival and grab tickets here.

Featured image and article images courtesy of @d2dfest via instagram.