Behind The Scenes at NNT: Still Alice 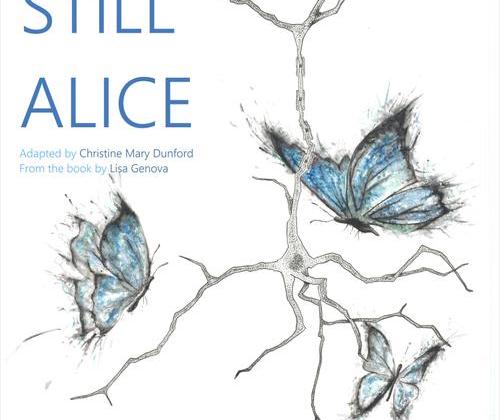 Ahead of Nottingham New Theatre’s production of Still Alice, Termeh caught up with the director Will Tillett to find out more about the production, which explores a woman’s diagnosis with early-onset Alzheimer’s.

Termeh Mousavian: Why did you choose to do this play specifically?

Will Tillett: Alzheimer’s is something I feel personally associated with after my grandma was diagnosed, and I witnessed her progression through the last years of her life. I’m also certain that there are many other people in a similar boat to me.

“I really wanted this show to stay true to why the book was written; to simply tell a beautiful but sad story about a family and a woman who is diagnosed with a life changing condition.”

I chose this play not only to increase awareness, educate and share this powerful story, but to also create a piece of theatre around something that I hold very dear.

T: Were there any points during rehearsals when you realised some of your ideas were not as effective as you thought?

W: I wanted this play to be driven by an accurate portrayal of Alzheimer’s Disease and so it required us to handle some very difficult and sensitive decisions. We really wanted to give an honest and truthful portrayal of the condition.

Some of our original ideas didn’t quite work in the space or were as impactful as we hoped, especially since we hadn’t a clue who we would be working with at that point in time. Yet these changes, I believe, have helped to shape a really dynamic and effective piece of theatre as a result.

T: Did the fact that this play is based on a book alter any of the emotional struggles on the stage?

W: The book is incredible, and so is the film adaptation based on the book. However, Christine Mary Dunford has done an amazing job in translating the book into a script, where all of the emotional moments are brilliantly kept intact for a talented actor to bring to life.

“our production has a really good balance between new, interesting ideas and not straying too far from the messages and themes within the original story.”

T: What’s your favourite moment of the play and why?

W: My favourite aspect about the play is how the audience is getting a realistic window into the life of a single family over the course of several years.

As a result my favourite moments in the play are those which encapsulate the raw acting we see but are also typically the most emotional scenes which we see later on – but no spoilers from me!

W: Going into this play I did have a fairly broad understanding of Alzheimer’s Disease, since I study Neuroscience for my degree, and is also one of the reasons I decided to do this play.

However, even with that knowledge and background info it is so difficult to fully realise the experience of someone with the condition, even more so given how long we had and that we are a student only theatre.

Despite these struggles I really think we have nailed the challenging scenes within the play, and I hope it’ll be fairly difficult not to get teary eyed during this show.

T: Have you seen any other adaptations of Still Alice or read the book? If so, did these inspire you to make certain decisions in terms of directing this play?

W: I had both read the original book and watched the film with the Oscar-winning performance by Julianne Moore. Although it is challenging to move completely away from the book and the film, I am proud of how our production has a really good balance between new, interesting ideas and not straying too far from the messages and themes within the original story.

Ultimately, my decisions haven’t been shaped by other adaptations, but I really wanted this show to stay true to why the book was written; to simply tell a beautiful but sad story about a family and a woman who is diagnosed with a life changing condition.

What we can all do to Help our Poorly Little Earth