To be Catered or Self-Catered, that is the Question 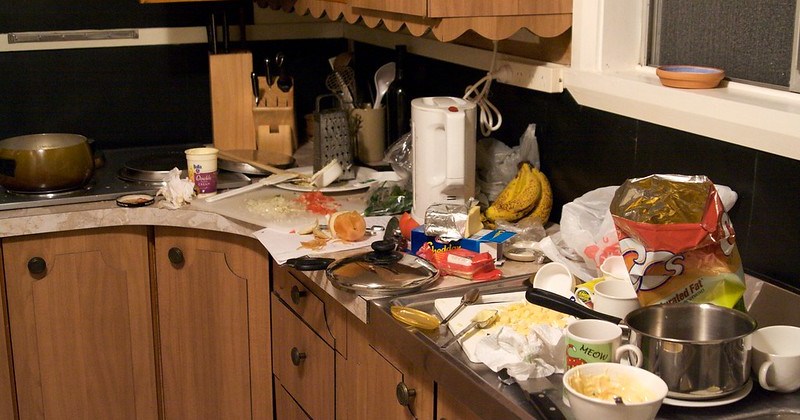 Full English Breakfast or Soggy Cereal… it’s a no-brainer. Catered accommodation for the win, always!! Going to university is scary enough and you have so many new responsibilities to cope with- cleaning, washing, getting yourself out of bed in the morning- the list is already so long so why should you add another burden to your new adult life?

Let’s face it- you will be cooking for yourself for the rest of your life once you leave uni, so why not enjoy your final time of getting your meals served to you? No meal prep, no cooking and of course, no washing up.

But of course, people will always say “you don’t get to choose what you eat”, “your mealtimes are dictated for you” in an attempt try to slate this excellent system.

But honestly, even in non-catered halls you don’t really get to choose what you eat because it’s decided by what you have left in the cupboard (which we all know is going to be pasta for the fourth night in a row). And really, catered hall mealtimes are open for like 3 hours so unless you have a very strange eating pattern and enjoy dinner at 11 at night, it’s not that limiting.

Honestly, I would advocate catered halls just for the social aspect

Honestly, I would advocate catered halls just for the social aspect. Let’s say you’re in self-catered and you don’t like your flat. You still have to eat with them every night. But in catered halls you have the choice of the whole hall dining hall regarding who you want to eat with and trust me, it’s far easier to find someone you like in a hall of 300 people than in a flat of 6 people. You can meet loads new people and are never eating alone in your room.

And how do I even begin to praise the meal card?! Endless lattes in Portland Coffee, meatball paninis in George Green, the Chinese in Portland Building- and it’s all like spending free money!

Having this meal card made me more able to socialise in first year as I could meet friends for coffees and lunches, without being stopped because of having to worry about money, which is so important in first year when you’re really wanting to meet new people. Admittedly I did lose all concept of money and now reflect thoroughly on how I managed to spend almost £5 on a coffee without even noticing.

Also, the food is fine! Okay, I’m not going to lie and say that it’s restaurant standard, but it’s far better than the eggs on toast that you cook for yourself on repeat. There are always multiple options and a salad bar if you’re really health conscious and you know you can choose a well-balanced meal every night if you want. So quit slagging off hall food.

Finally, please find me a better way to recover from Ocean than a Saturday morning brunch. I honestly still think about those hash browns even now, hot fluffy inside, crispy outside and a gorgeous golden brown… literally drooling.

But what about self-catered? Well, you can eat whatever you want, whenever you want: not in the mood for pasta? Cool, put a pizza in the oven. Guilty of sometimes waking up midday? Don’t worry, unlike catered halls (which have set mealtimes) you’re free to cook breakfast whenever. Self-catered halls usually are one of the only places where breakfast at 2 p.m. is acceptable.

Having food you know you’ll like. Are you a bit of a fussy eater? Going with the self-catered option you don’t have to worry about eating things you’re not fond of as you simply choose what you buy and how you cook it.

Feeling like you live in a flat. Usually in catered halls, your room is one of many in a long corridor with a kitchen just about big enough to fit a kettle and microwave. In self-catered halls you’re normally put into a flat, with x number of people and have your own kitchen which has all the basic necessary kitchen equipment.

Stay tuned to discover the top reasons why our Returners decide to stay with us beyond first year. #reasonswhy #broadgatepark #notjustfirstyears #UON #uniofnottingham

Don’t have to move out every vacation.  You can move yourself and your items in the day your contract starts and remove them all on the last day of your contract without having to pack up in between.

Can form closer friendships early on. Sharing a kitchen with a small amount of flatmates allows you to get to know each other and bond whilst almost burning your chips and spilling your oil everywhere (we’ve all been there).

Cheaper: you can choose how much to spend on your groceries, how often you do a food-shop and where you buy your food from.

There may be a few cons like having to clean up after yourself, but for me, self-catered halls are always the way forward!