Behind the Scenes at NNT: The Wonderful World of Dissocia by Anthony Neilson 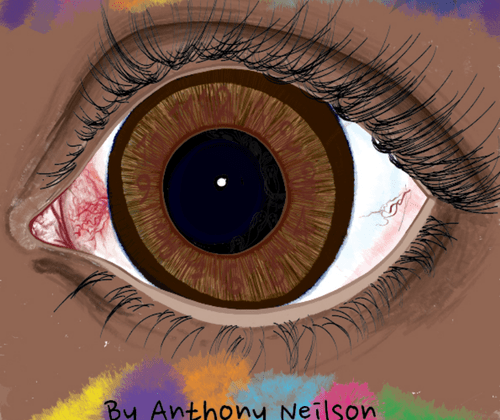 Nottingham New Theatre’s fourth in-house show is The Wonderful World of Dissocia, which promises an exploration of psychological disconnection. Lauren caught up with directors Nat Henderson and Joe Strickland to find out more about the production.

Lauren: What attracted you to The Wonderful World of Dissocia and what do you think this production brings to Nottingham New Theatre’s autumn programme?

Nat and Joe: A professional director once told us that this show wouldn’t be possible to stage at a student theatre and we didn’t like the idea that student theatre had a limit. We’re firm believers in creative problem solving, utilizing it as an unlimited tool for achieving the “impossible”.

“There is method to our madness and finding that in the story is an extra fun way of watching the show.”

By using an in-the-round staging, upcycling colourful material into our set, props and costumes, and making the citizens of Dissocia all puppets we’ve found putting on the show not only manageable but thoroughly enjoyable. Our show brings surreal and dark comedy to the NNT autumn season, as well as a huge dollop of imagination and a few surprises you won’t be able to see coming.

N & J: There are certainly a lot of surreal and dark comic elements in the play, which we use to push against the audience and make them feel separate from the world very suddenly. They’ll be laughing along one minute and feel torn about continuing to laugh the next.

Music, and the general soundscape, is also going to be used to draw people’s attention to specific parts of the show, and then be ripped out from under them so that they have to decide how to react to an event on stage without the aid of a soundtrack.

“I’m really looking forward to audiences getting to see what we’ve created. “

L: Were there any particularly exciting or challenging moments when directing this production?

N & J: The show uses a lot of puppetry, which very few of our actors had any experience in at all. The first few weeks of rehearsals contained a lot of puppet specific workshops where we started figuring out how our characters were going to move and what their personalities were going to be. Fortunately, everyone has come along brilliantly with it and I’m really looking forward to audiences getting to see what we’ve created.

One of the most exciting moments was seeing our first off-book full run a week before we opened, which gave everyone the confidence that we’d be able to pull off the ambitious show that we’d dreamed of.

L: What can audiences expect from The Wonderful World of Dissocia?

N & J: We’ve got comedy, music, puppets, drama, cool lights, and imagination. Importantly, you’ve got to go into it ready to be swept away by the show. Give in to the madness and you’ll have a really great time.

Another great thing about the play is that it isn’t pointlessly surreal, but every seemingly strange element has a reason behind it. There is method to our madness and finding that in the story is an extra fun way of watching the show.