How easy is it to eat vegan as a student? 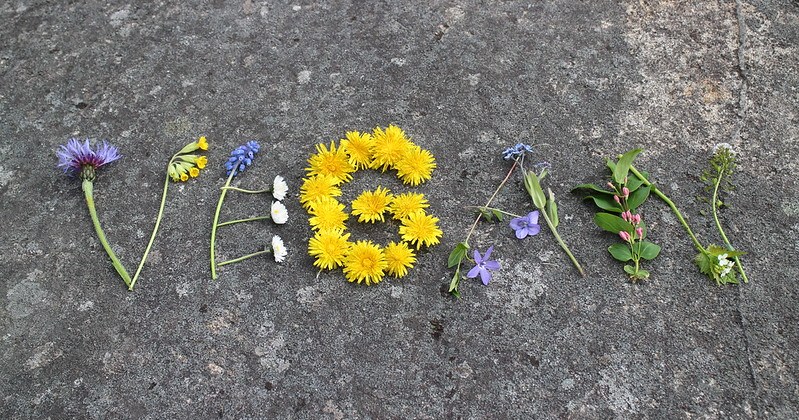 From November 1st, I set myself the challenge of eating vegan for a month. I say challenge, but for some people being vegan is just normal life. But as a full dairy and meat consumer, I knew for me it would be a personal challenge. I set out to investigate four main points: is it affordable? Is it accessible? Is it beneficial for my health? And lastly, is it easy?

I feel there is a stigma around veganism being an expensive and somewhat exclusive lifestyle. I can now see why people would think this, as vegan alternatives to things such as chocolate, cheese, and milk are generally more expensive than their dairy counterparts.

However, if you stick to buying the basics, the vegan ‘staples’ I call them, then it can be cheaper than a meat and dairy-fuelled shop. Fresh fruit, vegetables, tinned lentils and beans can all be bought rather cheaply. It’s the extra bits which seem to make the cost skyrocket.

Places tend to charge extra for milk alternatives (apart from soya, which I have tried desperately to like but have been unsuccessful), and I have found myself being ‘that’ person in a coffee shop who asks for the ‘vanilla latte with an extra shot and with coconut milk’ that everyone tuts at. Eugh, why is she being so awkward? Little do they know I am also hating myself for having to spend 40p more for coconut milk.

Oat milk is also pleasant, but don’t get me started on almond- that is not the one for me. As a serial hot drink consumer, it was vital for me to suss out my tea and coffee vegan alternatives. I have now perfected it. For tea, oat milk is the nicest, and for coffee, either oat or coconut. If having a flavoured coffee, then I can just about stomach soya milk, as the taste is masked by the sugary goodness of the syrup.

As well as losing 10lb, I feel healthier within myself and think eating vegan has had a large part to play

I have found it surprisingly easy to eat out, and Nottingham has an array of vegan friendly places to eat. 31k and the Fox Café in the city centre have been firm favourites of mine this month, and Hendersons on University Park Campus has been my ‘go-to’ place to eat when in Uni.

When considering the effects on my health, do I feel like a completely new person? No. Do I feel like eating as a vegan has improved my soul? No. However I do feel healthier. As well as losing 10lb, I feel healthier within myself and think eating vegan has had a large part to play.

I was expecting the month to be really difficult, but in all honesty, it hasn’t been

I was expecting the month to be really difficult, but in all honesty, it hasn’t been. Preparation and research have been vital, looking up menus before choosing where to eat, batch cooking meals at home- all things which make being vegan rather, dare I say it, easy. I have enjoyed looking up recipes and being more experimental with cooking, and baking.

As a self-confessed ‘stress-baker’, my house mates know I am having a hard week when there are 4 lemon drizzle loafs on the table. I needed to find alternatives for home-baking, and there is an abundance of brilliant recipes online for some delicious vegan treats. BBC Goodfoods is a great place to start if you’re interested.

Something I have realised however is that I am incredibly lucky. As someone choosing to be vegan rather than having to be for health reasons, I am granted a lot more freedom in what I am able to have. The amount of products which ‘may contain’ or may have ‘had contact’ with milk and egg has been rather eye opening, and I have enormous admiration and sympathy for anyone with a severe allergy – it must be so frustrating to find something which is supposedly vegan, only to find it may have had contact with something dairy.

If you’re eating vegan without an allergy, then it can be pretty easy, as long as you’re willing put in some legwork

Therefore, I’d say if you’re eating vegan without an allergy, then it can be pretty easy, as long as you’re willing put in some legwork. However, if you have to eat vegan for medical reasons, it must be a bit of a nightmare, and you have my upmost sympathy.

I must confess to two ‘slip-ups’. Both of them occurred at Nottingham’s Winter Wonderland. It was like a shining beacon in the distance; “Baileys Hot Chocolate”. I tried to resist; I really did. But in the end, I caved. Twice. On separate occasions. But apart from that, I have successfully eaten vegan for 30 days.

My family and friends have been asking me whether I’ll stay vegan after having a taste of the plant-based life. My answer is, that as of today I am an ‘opportunistic vegan’. Yes I know this sounds a bit of a cop-out, but surely any cutting down of meat and dairy consumption is good.

I don’t think I am ready to declare myself a full-time vegan just yet, but will continue to eat and drink plant-based as much as I can. Basically, if the opportunity arises to eat vegan, then I will take it (hence the term ‘opportunistic vegan’- clever right?).

Knowing that I am fuelling my body with good food, as well as contributing to helping to save the planet (read this) has been very satisfying, and I would urge everyone to try it, you might just surprise yourself and enjoy the endeavour.

Featured image courtesy of Helen Alfvegren via Flickr. Image license found here.  No changes were made to this image.