Meat in the Middle 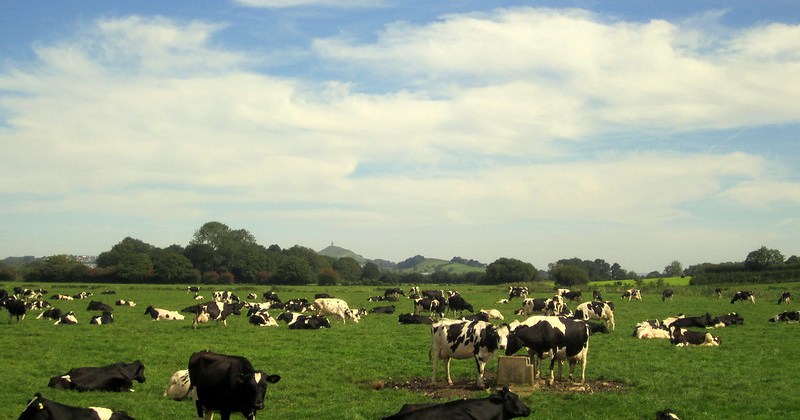 We have all heard of the ‘eat less meat’ hype and there is no denying that it needs to be done. Some people think they will instantly implode or whither into a muscle-less package of skin and bone if their tummy doesn’t get given some kind of meat at every meal. And I’m pleased to announce, these people are terribly mistaken.  We eat far too much meat for our own good and our own planet’s good. The ‘reduce the meat you eat’ is a band wagon that we should all take a ride on.

BUT, what people don’t realise is that you don’t have to cut all meat out completely to still be helping the cause. The media makes meat eating out to be the worst thing for the environment but that’s not actually the case. Sure, buying and eating intensively reared animals from all over the globe…not helping our poorly earth. However, the use of fossil fuels and the oil industry are by far the leading contributors to global warming. That’s right, the factories that produce clothes, soya, artificial drinks and so much more are a part of this.

We should one hundred percent reduce our meat intake by a lot but we also need to know the climate crisis is not the faults of the poor tooting cows and nor is it the fault of our local British farmers, who work hard all day every day to put food on our plates. And to put it bluntly, we need to get our facts straight before we jump on our high horse. These farmers care just as much about the environment as everyone else- maybe even more. They don’t deserve to be turned into the scapegoat.

Here are the facts to show you why everyone is rightly saying we need to cut down on our meat.  Eating the amount of meat we do right now is bad for the environment as it requires huge amounts of deforestation to make room for animal grazing, the toxic waste from intensive farms pollutes our rivers and the latest UN reports suggest livestock are responsible for 14.5% of man-made greenhouse gas emissions…that’s a hefty chunk.

This begs the question, do we need to cut down on our meat? Yes, we really do. Do we need to cut it out completely? According to the official United Nation’s studies, no, we don’t- as long as we are more careful about where our meat comes from and how often we eat it. Don’t worry I will be explaining how we can do that.

Hoping the #BBC will be balancing out this #MeatAThreatToOurPlanet programme with a look at the other end of the scale in meat production. We’d be happy to show them our #organic #grassfed #freerange #Longhorn #Cattle #BuyBritish #ShopLocal #LocalFood pic.twitter.com/2zshI6ip4z

To add some clarity to this case, the deforestation, although not completely absent in Britain, often refers more to places such as South America.  According to UN reports, 65% of British Farmland is only suitable for grass and can’t actually be used to grow much else. Therefore, the most efficient way for us to get the nutrients from that grass is through the grazing of animals as they convert the grass’ nutrients into an edible meat-form for us.

I’m sure you’ve heard it before but I will say it again: buy British!

So, I’m sure you’ve heard it before but I will say it again: buy British! If you want to eat meat responsibly and care for the environment at the same time, you can. It’s not a meat or environment choice. You just have to be careful what you buy.

The best thing to do is buy from local farms where you’ll know the animal has had a happy life and they have been produced sustainably. The media try to pass off intensive farms as the norm; they are not. A lot of farms have animals happily grazing their vast expanse of meadows, resting when they like, eating what they like, not harming the environment anywhere near as much as those in the newspapers.

If your life will implode without buying your beloved supermarket meat, then at least make sure it has RSPCA assured label and the Union Jack flag so you know the animal has been treated nicely and you’re buying from British farmers.

One of the main reasons meat-eating can be bad is when the meat is shipped over from here there and everywhere. Not only because of the greenhouse gas-breathing planes but also because other countries unfortunately do not have the same welfare and environmental protection standards that British farmers have to abide by. Intensively farmed meat from a land far far away is the stuff to keep away from.

In a society flooded with trust issues, it’s hard to know what to do and who to listen to.

In a society flooded with trust issues, it’s hard to know what to do and who to listen to. And I can see why when one article is telling you to cut out beef and lamb but eat chicken and pork, and the next article says chicken and pork are the devil’s accomplices, but beef and lamb are fine. I don’t know about you, but I find it all very confusing and it makes it all the more tempting to turn a blind eye.

But two things are pretty set in stone. One, reduce! Researchers say that if we want to eat meat, we should only be eating it one or two days a week… and that doesn’t mean on that day you binge 4 chickens, 15 cheeseburgers and a whole cow. You know what they mean.

The moral of the story is, take a trip to the farmers’ market!

And two, when you eat meat buy British and buy from your local farmers! You’re not only helping the environment; you are helping their livelihood too. And it’s not just meat that falls into this bracket, plant-based food production can be bad for the environment too but buying local and buying British reduces the effects of these naughty intensive farms. The moral of the story is, take a trip to the farmers’ market!

Featured image courtesy of Matthew Britton via Flickr. Image license found here.  No changes were made to this image.

In article image courtesy of @manororganic via Twitter. No changes were made to this image.

Venice Floods: Preventable or Not?