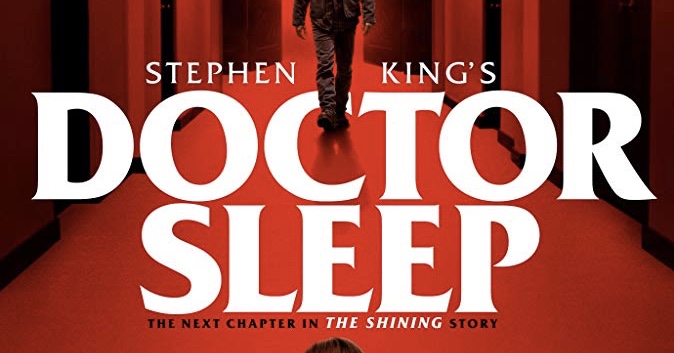 Thirty-nine years after Dan Torrance (Ewan McGregor) was nearly murdered by his father in a malevolent haunted hotel, after a lifetime of struggling with trauma and alcoholism, he is now put in the position of protecting a psychic child much like he once was. All of which poses the crucial question: Why make a sequel to The Shining?

Kubrick’s film is iconic for a reason. Wonderful central performances by Jack Nicholson and Shelley Duvall anchor a series of indelible images that stick with the viewer long after watching: A river of blood spilling out from an elevator, ghostly twins alternately dead and alive, an axeman lumbering through the halls of an abandoned but reanimated hotel. The film is so chilling that even at its climax, the viewer is more likely to still feel dread rather than catharsis.

“Mike Flanagan returns to several of those images, but it never feels like pandering”

In Doctor Sleep, Mike Flanagan returns to several of those images, but it never feels like pandering. The film is about dealing with trauma and how we can hope to reconcile difficult pasts with hopeful futures. To do this, an engagement with Kubrick’s film is necessary, though Flanagan puts his own spin on it.

Crucially, when dealing with material from The Shining, he avoids the use of archive footage or CGI facsimiles of the original cast, instead choosing to recast the roles. Notable are Alex Essoe as Wendy Torrance, in an uncanny imitation of Duvall, and Carl Lumbly who brings much of the warmth and authority that the late Scatman Crothers embodied in Dick Hallorann.

Ewan McGregor as Dan Torrance could seem to be cynical stunt-casting, as he is the largest star in the cast of lesser-known actors. However, he shines (!) in the role as he runs the whole gamut of who the character truly is. In the opening he is a convincing man at rock bottom, then as it progresses he becomes a more confident presence, though when confronting the horrors of his past he can seem every bit the scared child of Kubrick’s original.

Amongst the new cast, honourable mention must go to newcomer Kyliegh Curran as Abra Stone, a more precocious and assertive psychic child than Danny Torrance (her reluctant mentor) was in The Shining. Praise should also go to Rebecca Ferguson who brings a real menacing charm to the role of Rose the Hat, leader of a cabal of energy-vampires who travel the country in RVs feeding on psychic children. It is to the credit of Flanagan and his performers that this concept seems less silly onscreen than it ever did on the page.

Whilst Flanagan often reinterprets Kubrick’s imagery, he also creates entertainingly spooky visuals of his own. Scenes of Dan Torrance haunted literally and figuratively by those he hurt through his long years of alcoholism are unnerving and the scenes of Rose and her followers feeding on their prey are suitably discomfiting. Flanagan’s use of violence feels severe enough to make a viewer cringe whilst not being so exaggerated as to seem ludicrous, even when in quite surreal circumstances. Not to give too much away but one scene has forever changed the way this audience member will view filing cabinets.

Ultimately, Doctor Sleep feels like a film that will appease both fans of King’s original novels and Kubrick’s earlier interpretation, though die-hard fans of either may find it somewhat lacking. At two and a half hours, it runs the risk of feeling overlong, but it manages to draw back the viewer’s attention for the thrilling climax set in the Overlook Hotel. Flanagan’s script admirably captures much of the book whilst jettisoning many of the extraneous side-plots which are either a charming staple or an embarrassing blemish of King’s writing depending on your perspective.

Kubrick’s The Shining is an impressive but cold work of art, and it is to Flanagan’s credit that he doesn’t try to surpass it but rather engages with it to create a haunting companion work about dealing with childhood trauma, and the possibility for redemption for past mistakes. Whilst Flanagan (as in 2017’s Gerald’s Game) teases connections to King’s larger fictional universe, thankfully this film doesn’t become too bogged down in mythology and instead stays deeply thoughtful, personal, and affecting.

Meat in the Middle