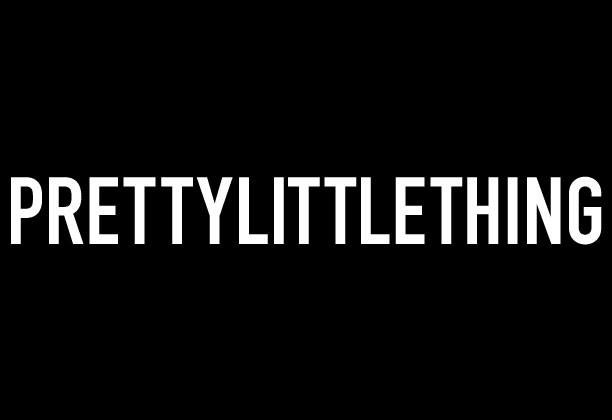 Online shopping brands constantly come under scrutiny for their fast-fashion, cheap clothing and unethical manufacturing. However, is there also a detrimental impact from their marketing ploys?

Fashion brand, Pretty Little Thing (PLT), has recently been condemned for a ‘racy’ advert, described by the Advertising Standards Authority (ASA), as ‘overly sexualised and ‘irresponsible.’ The ad, which features a woman strutting around in exposing bikini bottoms and a mesh top, was said to have breached two code rules – Social responsibility and Harm and Offence.

While to many of us students this kind of image is nothing new, it raises the question of whether we’re desensitised, and just how far such ads can be deemed acceptable for certain audiences. The ban has sparked controversy regarding the portrayal of women’s bodies; some claiming the advert objectifies women.

However, the backlash since the ban has seen many young women rise to the defence of the clothing brand – one appeal of their marketing being their diversity of body types and ethnic models. A quick look at one of their billboards or a scroll through their website will demonstrate the changing times within the modelling industry. These models are not just the white, size 6 models we were used to seeing through the 90s and 2000s – PLT seem to be encouraging a modelling policy inclusive of all races and sizes.

🌹❤️ VALENTINES ❤️🌹 Never underestimate the power of good lingerie, babe 💋 Treat yourself this Valentines Day & get ready to level up your underwear game 😍 Shop link in bio 👆

As a result, many shoppers of the brand have commented on their reassurance in seeing a rise in the representation of realistic, healthy body images that has improved their own confidence. As we know, body diversity is under-represented in the modelling industry, and the emergence in recent years is long overdue and should rightly be celebrated.

Nevertheless, PLT can be considered guilty of the same pitfalls of which we’ve been criticising high-fashion brands for the past decade. The models employed by PLT are generally of the same body type – curvy women with accentuated breasts, toned stomachs and beautifully bronzed skin – all sharing the same surly, deadpan expressions, plastered with make-up. Not a single woman has stretch-marks, none are flat-chested, and no women with disabilities either. So, despite the step in the right direction, there is still a long way to go.

Dress code: WE GOT YOU 💅💕 A Girl's Best Friend Part 2 just dropped 💫💖 And we got somethin' for every occasion ✨ Who's excited to see what this year will bring!? 👇

Others would argue that throughout history, risqué clothing has been embraced by younger generations as a stand against older generations and their archaic and traditional archetypes. However, while the likes of ravers, festival goers and Ibiza weekenders are likely to be attracted to PLT for being at the forefront of these new daring and edgy styles, new marketing techniques of the 21st century have paved the way for increasingly provocative advertising.

“Although we are living in a progressive world where female empowerment is on the upsurge, some representations appear contradictory”

This begs the question of just how far things can go before we draw the line. An increasing concern is the ever-younger audiences that will be attracted to the brand – their website graphics and packaging design, an alluring baby pink littered with winged unicorns, seems more appropriate for a demographic of 6-year-old girls. And with recent research claiming that 60 % of children over just 3 years-old have access to the internet, and a further shocking 50% of children under 10 on social media, it is undeniable that young girls are exposed to these adverts in one way or another.

💫💖 A Girls Best Friend 💖💫 From heading to the gym to hosting a movie night 🤩 Whatever the occasion we’ve got your back, doll 💕 Shop the edit now ✨ Link in bio 👆

Although we are living in a progressive world where female empowerment is on the upsurge, some representations appear contradictory in a time where the dangerous repercussions of unrealistic body portrayal by the likes of Instagram influencers, Kardashian’s, and Love Islanders, has been bought to attention. While many of us understand these images are unrealistic and only represent the minority, too many young girls feel constantly under pressure to fit a certain stereotype.

On top of all this, the brand has recently been criticised alongside other competitors, Misguided and Boohoo, for their disposable fashion and its detrimental effect on the environment with tonnes of clothing making their way to landfill every year. The cheap material polyester likewise sheds thousands of microfibers in every wash, which find their way into our food chain. The ethics of their manufacturing also comes into question when we consider the fast production of these clothes in developing countries such as China, India and Bangladesh, where workers’ rights are continuously exploited.

There is obviously a grey area between objectification and empowerment regarding the portrayal of women in such adverts and an obvious generational divide too. Perhaps the easiest solution is restricting the platform adverts such as these are available too. Yet, after all, it clearly wasn’t an X-rated film and there is always the possibility of causing offence. Regardless, the advert is without a doubt a perfect example of outrage marketing – whether you agree with their approach or not, it gets you talking and attracts media attention…

Watching TV Just Because I Can: An Act of Rebellion

Changes Made By the SU Despite ‘No’ Vote