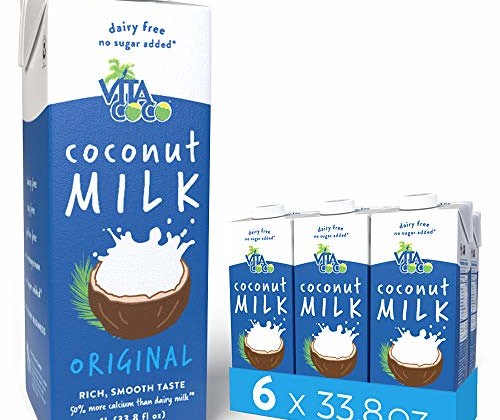 Not too long ago, plant-based milk wasn’t as widely available or as common as it is today. With the number of vegans rapidly growing, it’s a good thing that there are so many options of plant-based milk available. Additionally, many people today suffer from lactose intolerance, milk sensitivities and allergies associated with cow’s milk, which can make digesting cow’s milk difficult. Therefore, plant-based milk represents a good alternative for these individuals. Other people may choose plant-based milk for reasons relating to taste preference and potential benefits to the environment.

When considering consuming plant-based milk, the first step is knowing that most types of  plant-based milk are quite low in protein, compared to cow’s milk, which is mainly a concern for vegans and lacto-vegetarians. Nutrient wise, soya milk is a close substitute to dairy-milk with one of the highest levels of protein compared to the other plant-based milks available. Additionally, dairy milk naturally contains calcium, however, plant-based milk usually have added calcium, B12 and vitamin D. Vitamin B12 is mainly found in animal products, so for individuals who follow a vegan diet, deficiency is a risk.

Almond milk has one of the lowest calorie counts for non-dairy milk. It contains less than half the calories of cow’s milk because it is made mostly of water. It’s a good addition to smoothies, desserts and in beverages.

Almond milk is a natural source of Vitamin E (which is an antioxidant), but on the downside it is low in protein and most brands remove the skin,  which greatly reduces the fibre content. Try to go for brands that contain a higher content of almonds between 7-15%, as many brands only contain 2% almonds.

Coconut milk has quite a creamy texture and a distinct coconut flavour. It is made from  water and the white flesh in coconuts. Again, this milk is low in protein and carbs but has a higher fat content, so it may be more  suitable for individuals who want to increase their calorie intake.

Oat milk is naturally sweet in flavour and rich in a type of fibre known as beta-glucan, which is known to have positive affects in aiding digestion. It contains a similar number of calories to cow’s milk but about half the content of protein and fat.

Rice milk is a combination of water, rice and some oils added to increase its creaminess. Rice milk has a similar number of calories to cow’s milk but double the carbohydrate content and less protein and fat. Due to its high glycaemic index, rice milk raises blood sugar levels quickly, so it’s not the best option for diabetic individuals. There are many more types of plant-based milk such as hemp, cashew, macadamia, quinoa etc. with the list constantly growing.

When choosing your plant-based milk go for unsweetened milk (doesn’t contain added sugar), look at the calcium content (choose options containing at least 120mg of calcium), ensure that vitamins B12 and Vitamin D have been added, if you have any allergies or intolerances check the ingredients. Additionally, the cost of plant-based milk is usually higher than cow’s milk. 1.13 Litres  of semi-skimmed milk costs around £0.80, whereas 1 Litre of Alpro soya costs £1.05, Alpro coconut £1.25, Alpro rice £1.40, Alpro almond £1.80 (the cost will vary in different supermarkets). Supermarkets own-brand milk usually costs less than the branded milk.

Have you tried adding coconut milk to coffee?

Other things to be aware of is that the taste of milk can vary between brands and the amount of plant used to make the milk will vary. My favourite plant-based milk is unsweetened almond milk by Alpro. Have you tried adding coconut milk to coffee? I find that the sweet nature of the coconut milk makes it a good substitute for sugar in coffee.

Featured image courtesy of marcella190 via Flickr. No changes made to this image. Image license found here.