Lockdown: Is it Ever Okay to Break the Rules? 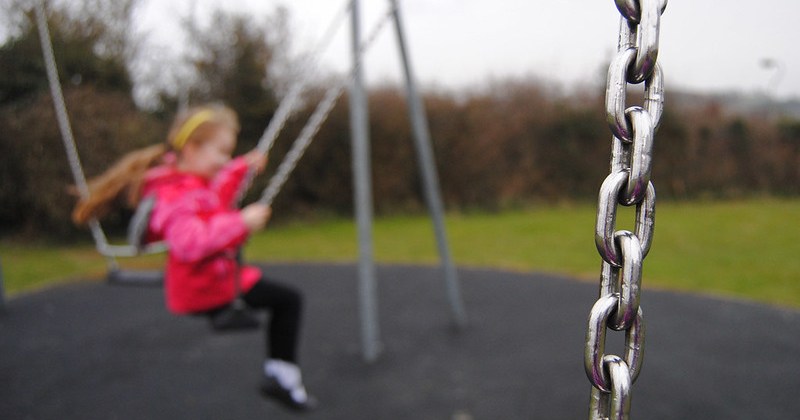 We all know the severity of the current situation. The UK death toll has now surpassed 20,000; our NHS is on its knees, PPE is in short supply, and the aforementioned figure doesn’t even account for care home deaths. The rules are supposedly simple – that familiar triad of imperatives etched into everyone’s mind; stay at home, protect the NHS, save lives – so why are people finding them hard to follow?

Admittedly, these are simple instructions, but the government has released a torrent of conflicting facts. Despite the ever-increasing numbers, just last week hardware stores reopened, leading to snaking queues outside B&Qs across the country as people stocked up on DIY supplies for their lockdown home improvement projects. It’s safe to say, the UK’s so-called ‘stringent’ contingency plans are proving unsuccessful compared to the rest of the world, with the possible exception of the US.

So with the blurred rules and inconsistencies, are the people really to blame?

From the outset, our lockdown has been relatively relaxed in comparison to the majority of Europe; a disparity usually reversed. This has led people to stray from advice. Our government has the power to toughen lockdown measures whenever deemed necessary. So with the blurred rules and inconsistencies, are the people really to blame, or should our government’s relatively ‘laissez-faire’ attitude be held accountable for allowing this virus to run its course?

On top of this, guidelines are guidelines, not laws. Although police have the authority to issue fines, the ambiguities create loopholes. Can you prove to police that your travel is essential, and who’s going to admit if it isn’t? Police have also been criticised for being over-zealous in the enforcement of rules. Police in Derbyshire received criticism from the media after observing dog walkers with drones in the deserted peak district.

It’s no wonder people have bent the rules in their favour.

The deluge of misinformation has also caused confusion. It’s widely understood that shopping for non-essential items goes against guidelines. As a result, a  number of shoppers and store owners were attacked in supermarkets for purchasing or selling Easter eggs, with police officials monitoring ‘non-essential’ supermarket aisles. While frequent unnecessary trips to the supermarket should be discouraged (if the unpleasant experience hasn’t deterred you already), the information has since been rectified, emphasising that non-essential items can be purchased on one-off trips. Likewise, the one-hour restriction on exercise has only been mentioned in daily Coronavirus briefings as an appropriate suggestion by minister for the cabinet office, Michael Gove, not a strict rule. So with the obscurities, it’s no wonder people have bent the rules in their favour.

Sometimes we question the real dangers our actions pose. What’s the harm in sitting alone at the park to enjoy half an hour of sunshine before being confined to my flat? What’s the harm in retreating to our second home in the countryside? Sometimes, our moral intuition simply holds us back. It’s also important to set standards – the more people seen to be doing something, the more people believe they’re entitled to do the same. Before you know it, parks are full of people and countryside farm-shops are overrun by holidaymakers. If everyone had the same outlook, then ‘lockdown’ would hardly live up to its name.

I confess to breaking the lockdown rules

Other times the fear of public scorn prevents us, which is when things get problematic. I confess to breaking the lockdown rules. I visited my boyfriend and I met the wrath of social media in response. I live in rural Suffolk, where there is no need for a bus, walk, or any form of public interaction to visit him. Meeting different friends every other day is a different story, and frankly, makes a mockery of the situation. But in my eyes, driving alone from my house to his with no contact with the outside world poses little risk. And no, this wasn’t a ‘booty call.’ My boyfriend and I have lived together throughout university the past two years.

Admittedly, we should have thought pragmatically, and remained together when lockdown was announced. But following uni, government, and parental advice, we both travelled back to our respective homes. With our families’ consent, I see the situation as a theoretical mutual agreement between our two households (a family of three and four) isolating together as seven people under one roof. The risk that we take, we have a responsibility to bare.

Instead, what I am trying to emphasise is the importance of circumstances

I do not take the NHS for granted, and my gratitude for their hard work is profound. In no way am I implicating an exemption from the rules or encouraging people to break them. Instead, what I am trying to emphasise is the importance of circumstances.

For instance, recent news has addressed the rise of domestic violence cases corresponding to lockdown. For many, home is an unsafe environment, and work or school offer the only sanctuary to escape an abusive partner or parent. As we all know, being confined indoors with your family puts a strain on our familial relationships.

“14 women and two children had been killed in the first three weeks of lockdown.

The figure is the largest number of killings in a three-week period for 11 years and more than double the average rate”? https://t.co/6PVzd33hYn

We should acknowledge that for some, keeping the peace isn’t always so easy, especially since lockdown is having a ripple effect on people’s mental health and their coping mechanisms. The charity Alcohol Change UK reported that 21% of drinkers have been drinking alcohol more frequently during lockdown.

Following the spike in reported domestic violence cases, the guidance altered again. You are now permitted to leave your household to visit friends or family for a ‘cooling-off’ period after an argument within your own household, an amendment which could be lifesaving.

While it’s fair to say some people will neglect the guidelines altogether, we can never know the whole story. Trying times tend to correlate with a rise in sanctimonious, self-righteous disregard for others. But although our civil services may be stretched, it doesn’t mean we can all assume the role of vigilante. We should remain passionate about safeguarding the health of others but avoid being too quick to judge. Right now, our world needs a little more compassion.

Please continue to follow government advice to stay home, protect the NHS and save lives.

Featured image courtesy of Natalie Bowers via Flikr. No changes made to this image. Image license found here.

In article image courtesy of @ameliadimz via Twitter. No changes were made to this image.

The Art of Acknowledging Our Histories