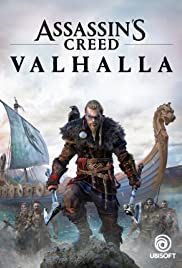 In the past few weeks a wave of misconduct allegations have rocked all corners of the videogame industry, from streaming to development to communities around individual games. Even Super Smash Bros!, most high-profile of all, are included in the multitudes of allegations surfacing from inside Ubisoft.

The French company behind the Assassin’s Creed, Far Cry, and Tom Clancy franchises has had a deep-rooted web of problems exposed in its studios across the world, resulting in some high-profile departures from the company. These include Chief Creative Officer Serge Hascoët, the director of the upcoming Assassin’s Creed Valhalla, Ashraf Ismail, and Vice President Maxime Beland.

Beland faced a string of allegations on Twitter, including choking a female employee at a party. News site Kotaku conducted numerous interviews with employees at Ubisoft Toronto where this incident is said to have taken place (and where Watch Dogs: Legion is currently being developed). They found “an overall workplace culture that undervalues women’s contributions, normalizes sexism and harassment, and makes excuses for the worst offenders while complaints about them go unheeded.”

Bloomberg reporter Jason Schreier uncovered a similar story through “interviews with more than three dozen current or former Ubisoft employees indicat[ing] that these claims, and many others that haven’t previously come to light, had been gathering dust in company logs for years.”

Anonymous interviews with former Ubisoft employees claim that Chief Creative Officer Serge Hascoët, with the company since 1988, held business meetings at strip clubs and made sexually explicit comments to staff. His behaviour seems to have been enabled by a HR system that routinely swept complaints (examples include casual racism, sexism, and fatphobic comments) under the rug, and a workplace culture that pushes employees to conform or else wreck their own careers.

Earlier this month, Ubisoft’s games showcase Ubisoft Forward (featuring AC: Valhalla and Watch Dogs: Legion) was criticised for failing to acknowledge the huge problems the company is facing. They tweeted (without the #UbiForward on everything else related to the stream) that this was because “all the content has been pre-recorded.” The tweet explained the company was going through “internal change” but did not elaborate.

At best, [CEO] Guillemot was neglectful and short-sighted. At worst, he’s an enabler of abuse.

On the same day, a press release detailed “comprehensive work the Company is doing to improve and strengthen its workplace culture,” including hiring a “management consulting firm to audit and reshape its HR procedures and policies.”

Ubisoft’s CEO, Yves Guillemot, recently dodged a question in an investors call relating to how much he knew about his company’s bone-deep culture of abuse – a question made more pertinent by how far up many of the alleged abusers were, and his friendship with prime offender Hascoët. Guillemot said that “each time we have been made aware of this conduct we have made, actually, tough decisions. And we made sure those decisions had a clear and positive impact,” and that “it has now become clear that certain individuals betrayed the trust I placed in them and did not live up to Ubisoft’s shared values.”

This largely empty response can be interpreted as Guillemot avoiding the blame for the toxic culture that has festered under his watch. Any “clear and positive impact” seems hard to find, as do any “tough decisions” he made; abusive behaviour was allowed to continue for years across multiple studios. At best, Guillemot was neglectful and short-sighted. At worst, he’s an enabler of abuse.

Multi-billion-pound corporations promising change is nothing new. The value of Ubisoft’s promises will only be affirmed if they make meaningful changes in the future. The resignation of high-profile individuals like Serge Hascoët is a positive step, but if reforms don’t continue there’s nothing to stop those vacancies being filled by the exact same breed of abusers.

Yves Guillemot staying tight-lipped about exactly how complicit he was isn’t encouraging, and glossing over the allegations during Ubisoft Forward leaves many of the publisher’s fans unaware of what its employees have endured while creating their favourite games.