White men may have landed on the moon, but the works of Black women paved the way there. Feyintoluwa Ayanlaja explores the stories of some of these extraordinary women.

On the 20th of July 1969 it was official; “the Eagle had landed” on the moon and with that, the United States had won the twenty-year Space Race against the Soviet Union. It was unprecedented, the reality of man on the moon was absurd, it was “the fulfilment of a dream which men have shared since the beginning of recorded history”.

For almost half a century, the astronauts who have boosted America’s position in the Space Race have been generously rewarded with showers of praise and esteem. Meanwhile, those who worked tirelessly day and night, making the necessary calculations of orbital mechanics to get man into space, remained starved of any form of applause whatsoever. They were mathematicians, physicists and engineers. They were the ‘human computers’ of NASA who remained uncredited and hidden for the bulk of history. They were women, most of whom were Black.

The African American women were still citizens of Jim Crow’s America and as such, had to be segregated from their white counterparts

The human computers of the National Advisory Committee for Aeronautics (NACA which would soon become NASA), were women with degrees in physics and mathematics, recruited to replace the men who had gone to fight in the war. As the severity of the war intensified, and more and more manpower needed to be replaced, more women from minority groups were recruited as a temporary way to boost production.

Despite the fact that more women from minorities had been included in NACA’s workforce, the African American women were still citizens of Jim Crow’s America and as such, had to be segregated from their white counterparts in the ‘West Area’ whilst the white mathematicians worked in the ‘East section’.

Contained in a secret office with less-than-ideal working conditions, the ‘human computers’ of the West Area Computing unit performed a plethora of mathematical equations and calculations by hand. All of the ‘West Computers’ were black women who worked as female engineers for NASA from 1943 to 1958, the times when ‘the computer wore a skirt’.

The West computing area was undoubtedly inferior to the East section

As Black women in Jim Crow’s America, they were confronted with the overt combination of sexism and racism, they were underworked, underpaid, and though they had the same number of qualifications as their white counterparts, were regarded as being ‘subprofessionals’ as a way to justify their mistreatment.

The West computing area was undoubtedly inferior to the East section; all communal areas such as the bathrooms and dining facilities were segregated between race, and the facilities for the African American women were old, neglected, and subpar. To top it all off, it was a lot more difficult for a black woman to become a human computer than it was for a white woman as NACA often made black women prove their competency with the completion of a supplementary chemistry course at a nearby university. 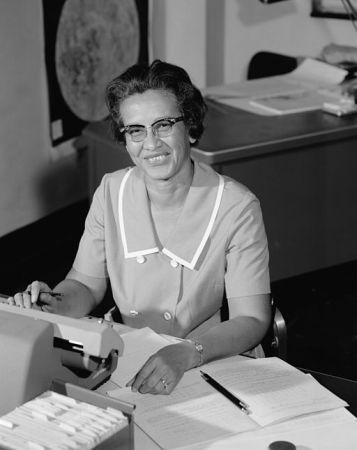 Katherine Johnson was perhaps the most well-known of the West Area Computers — the woman responsible for getting NACA into space. Starting high school at the tender age of 13, Katherine was something of a child prodigy. It was her brilliance with numbers which made sure that she was one of three Black students to integrate to West Virginia’s graduate schools. With her PhD in mathematics, Johnson worked as a mathematician and a human computer at NACA’s West Computing Area since its establishment, performing complex calculations and plotting data; arguably the most tedious work on NACA’s workforce.

The 1957 launch of Soviet satellite Sputnik infuriated President John F. Kennedy and US citizens akin, coaxing NACA to accelerate America’s position in the Space Race. In 1958, Johnson was promoted to a position in the Space Force Task where she could plot data and carry out calculations for the maths needed for the 1958 document Notes on Space Technology.

Having completed the operations beautifully, Johnson went on to finalize the trajectory analysis for Alan Shepard’s 1961 mission Freedom 7, America’s first spaceflight. As the only Black woman allowed to work on those files, Johnson dealt with overt racism and sexism to which she paid no mind.

She herself told the world “we needed to be assertive and aggressive as women in those days and the degree to which we had to be that way depended on where you were. I had to be.”

“If she says the numbers are good, then I’m ready to go”

Such bravery and tenacity boded well for Katherine Johnson; her commitment fast-tracked her progress at NASA which in turn enabled her to work on the operations for Friendship 7 — the first attempt made by NASA to orbit the Earth. Completed victoriously by John Glenn in February of 1962, Johnson’s mathematical calculations of orbital mechanics proved to be integral for its success. John Glenn apparently showed favour for Katherine, asking to “get the girl” to run the numbers. “If she says the numbers are good, then I’m ready to go”. 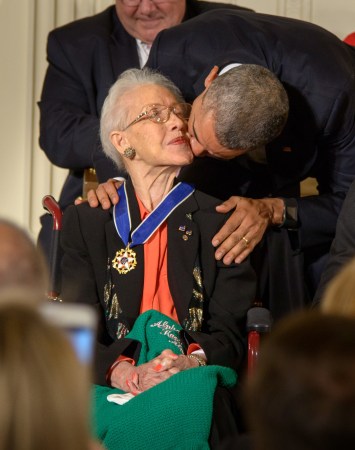 In November of 2015, Johnson was presented with a Presidential Medal of Freedom for “exceptional technical leadership” and that her “computations have influenced every major space program from Mercury through the Shuttle program”. She was the rightful recipient of such an honourable award, though it is a shame that only after so many years was her work finally recognized.

Mary Jackson was a mathematician and an aerospace engineer who in 1958, became the first African American female engineer to work at NASA. Born and raised in Virginia, and having graduated high school with the highest honours, Jackson earned a degree in maths and physical sciences at what now is Hampton University.

As was the case with most women like herself, Mary worked at NACA’s West Area Computing Unit after having to complete further classes at, what was at the time, a segregated university. To do so, Jackson had to obtain special permission from a court ruling, which enabled her to become an engineer at its completion. When NACA made the transition to NASA (National Aeronautics and Space Administration) all the segregated facilities of the East and West Computing Area were abolished. 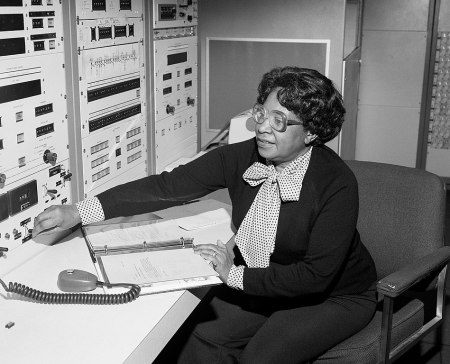 Mary Jackson went on to “lead programs influencing the hiring and promotion of women in NASA’s science, technology, engineering, and mathematics careers”. In her honour, NASA’s headquarters building in Washington, D.C., were named after her and her legacy of determination and overcoming barriers as a Black woman in the field of STEM will forever live on.

Both of these women, including Dorothy Vaughan — NASA’s first African American manager — only received the recognition and accolades they deserved in Margot Lee Shetterly’s 2005 book, Hidden Figures: The American Dream and the Untold Story of the Black Woman Mathematicians who helped Win the Space Race. They received further praise in the 2016 movie, Hidden Figures with Janelle Monae, Taraji P. Henson and Octavia Spencer, an excellent watch.

The women of the West Area Computing Unit were the heroines of NACA; instrumental for the Space Race, but the hidden figures of history. Since then, we have had Black women in space, but we mustn’t forget the turbulent road Black women had to journey to overcome the barriers only they would have to face.

Featured image credit: NASA. Image in the Public Domain. No changes made to this image. Use guidelines here.

In article image of Katherine Johnson Credit: NASA. From Wikimedia. Image in the public domain. No changes made to this image. Use guidelines here.

In article image of Katherine Johnson receiving the Presidential Medal of Freedom from NASA HQ Photo on Flickr. Image license found here. No changes made to this image.

In article image of Mary Jackson Credit: NASA. From Wikimedia. Image in the public domain. No changes made to this image. Use guidelines here.