How many animals can you fit in a freezer? Well, if you’re the Frozen Ark the answer is around 5000. Within the freezers of the Frozen Ark are ear clips, blood samples and organ tissues of Arabian Oryxes, Polynesian Tree Snails, Sacred Baboons, Yellow Seahorses, and many, many more animals.

I visited the Frozen Ark’s headquarters based in the Life Sciences Building at the University of Nottingham. There I spoke to project manager Jude Smith, and Danielle Ellis, a project student from Cardiff University. 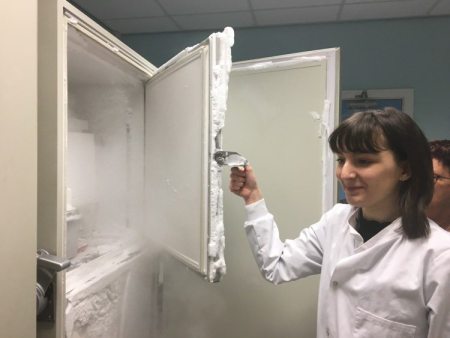 The Frozen Ark has an important goal: to halt the loss of biodiversity. In a world ever-changing due to the expansion of human civilisation and the climate emergency, it is imperative that we do as much as we can to save the species that are so close to being lost forever. Saving a species is not an easy task. Understanding the species is key. To that end, the Frozen Ark is split into 4 key strands: biobanking, partnerships, databasing, and research.

In a world ever-changing due to the expansion of human civilisation and the climate emergency, it is imperative that we do as much as we can to save the species that are so close to being lost forever.

Biobanking is the act of storing a sample from an animal in a way that preserves its DNA (which contains genetic information) for the long term. As the name implies, the Frozen Ark does this by freezing its samples using liquid nitrogen or dry ice (solid carbon dioxide). Once frozen, the degradation of the DNA is significantly reduced allowing researchers to study it long after the animal in question has died. Museums across the world have collected specimens for thousands of animals, but the majority of them are not stored in a way that preserves the all-important genetic information. If the animal goes extinct or becomes so endangered that it is no longer viable to collect samples, then the information contained within the DNA is lost forever.

Sequencing the genome of an endangered or extinct animal can provide valuable insights into the evolution of the animal, its propensity for certain diseases, and its adaptations to its environment. An understanding of this can help to identify similar species that may be at risk or to gain more fundamental knowledge about the animal kingdom. If sperm or egg cells are biobanked, then it becomes possible to intervene to save an endangered species through artificial insemination and other reproductive technologies. This can not only help critically endangered species, but also increase the genetic diversity and re-invigorate inbred or dwindling populations.

Finally, long-term storage of genetic material can benefit future generations. Technology is rapidly advancing, so we don’t know what could be possible 25 years down the line, so it is only logical that we store as much as we can now in case it becomes useful later.

The Frozen Ark at the University of Nottingham is just one of a consortium of partner institutions, including universities, zoos, aquaria, and museums across the UK and around the world. Through these partnerships, the Frozen Ark has been able to amass a large collection of samples that keeps on growing both in size and utility. 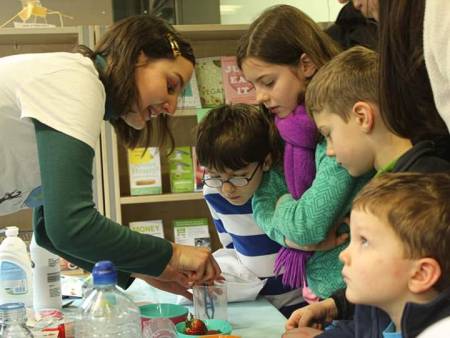 Speaking to Jude and Danielle, it was clear that the databasing side of the Frozen Ark project is considered an absolute priority. It doesn’t matter how many samples you collect, if no one knows they’re there, then they cannot be utilised. Although having partners is great for increasing the Ark’s capacity, it does make it more difficult to know what is actually in the Ark. The databasing project aims to collate all the information about all the samples in all the institutions into a single database that can be queried by anyone. Once accomplished, this will drastically improve the efficiency of the Ark’s operations.

The main research focus of the Ark itself is in preservation methods.

The final aspect of the Ark is research. Although many institutions can access the Frozen Ark’s specimens to research the genetics, the main research focus of the Ark itself is in preservation methods. Freezing a sample to 196 °C may well be an excellent way of preserving the DNA, but it isn’t much use for the researchers collecting a sample from a tropical rainforest, for example. By studying the degradation mechanism of DNA, it is possible to know the minimum requirements for short-term and long-term storage. In countries without a stable electricity grid, it is impossible to maintain the low temperatures required for cryogenic storage, but research by the Ark has shown that DNA can be stable in the mid-term (30 years) at 20 °C or even room temperature.

Of course, the most important question to ask about a project such as this is ‘what’s your favourite animal in the Ark?’ For Jude, it is the Outer-Hebridean Bee which was collected from an aviary with a struggling colony. And for Danielle, a lover of big cats, it is the Clouded Leopard—a vulnerable wild cat that lives in Southeast Asia.

Frozen Ark has been able to amass a large collection of samples that keeps on growing both in size and utility.

Both Danielle and Jude have been involved with outreach events to promote understanding of the Frozen Ark. For instance, at the Festival of Science and Curiosity and Science in the Park. There are many opportunities available for students to get involved with including outreach, communication and marketing, and volunteering. To find out more about the project and to get involved contact info@frozenark.org, visit Frozenark.org, or connect with them on Facebook and Twitter.

Featured image courtesy of ibbl via Flickr. Image license found here. No changes were made to this image.

Article images courtesy of Frozen Ark, credited to Tim Flach. No changes were made to these images.