‘In a World Where You Can Be Anything, Be Kind’ – A Look at the Specifics of Caroline’s Law 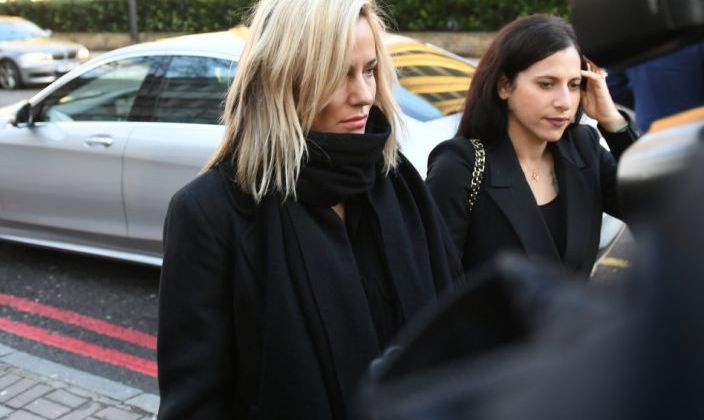 Caroline Flack, former presenter and TV personality, tragically took her own life on the 15th February in her north-east London home.

The inquest into her death, which took place on the 19th of February, suggested that she had in fact hung herself after being what many have described as ‘hounded’ by the press over court charges which accused her of assaulting her boyfriend Lewis Burton.

An officer from Poplar Coroner’s Court described how Caroline Flack was “found lying on her back.” The full inquest hearing into her death has now been adjourned until the 5th of August so that further investigations can take place.

“many also emphasise the role that the courts have played in pursuing Caroline Flack despite her mental health woes.”

In response, many high-profile celebrities have sought justice for Caroline’s death with an outpouring of support for the better promotion of mental health on social media. Mourning her beloved friend and colleague Holly Willoughby described Flack’s death as “utterly heart breaking … life is so precious and yet so fragile,” with Olivia Attwood adding “there are no words that can explain what I’m feeling right now.”

Former Love Island contestant and finalist Molly Mae Hague decided to cancel her Pretty Little Thing launch party, instead opting to donate 100% of profits to the charity ‘Mind’. “Please from the bottom of my heart remember, always be kind,” Molly wrote on Instagram, referring to Flack’s Instagram post from December which featured a picture with the caption ‘In a world where you can be anything, be kind’.

Proposals which have been dubbed ‘Caroline’s Law’ have been supported by many of Caroline’s friends and others in the industry and would see both social media, the mainstream media and the Crown Prosecution Service come under intense scrutiny, as they are all believed to have played a major role in driving Caroline to suicide.

“Within 24 hours my whole world and future was swept from under my feet and all the walls that I had taken so long to build around me collapsed,” Flack wrote.

Whilst a lot of the anger surrounding Caroline’s death has been targeted at newspapers’ hurtful headlines about Flack during the time when she was in court for the alleged assault of her boyfriend, many also emphasise the role that the courts have played in pursuing Caroline Flack despite her mental health woes.

At her last hearing, on the 23rd December, where she pleaded not guilty, Flack seemed to struggle with the media attention and courtroom pressure, leading her to write on Instagram a day later that “this kind of scrutiny and speculation is a lot to take on for one person…”

Soon after Flack’s death her family decided to release an unpublished Instagram post in which Flack had expressed some of the anger and frustration she had felt towards the media and court system. “Within 24 hours my whole world and future was swept from under my feet and all the walls that I had taken so long to build around me collapsed,” Flack wrote.

“Many see this as not just an issue that affected Caroline, but also others in the industry more broadly who are constantly monitored and criticised.”

Flack also openly admitted that the picture of blood which was sold to newspapers was in fact hers after she had been driven to self-harm and yet the crown prosecution service still refused to drop charges against her.

According to online petitions many are campaigning to consider a law that would make it a criminal offence, not dissimilar to Corporate Manslaughter, for the British Media to knowingly and relentlessly bully a person, whether they be in the public eye or not, up to the point that they take their own life. Currently one such petition has almost 800,000 signatures but this is expected to rise as the public rally around the promotion of mental health awareness.

Many see this as not just an issue that affected Caroline, but also others in the industry more broadly who are constantly monitored and criticised. Questions have also been raised about the value of shows like Love Island as Flack is now the fourth person linked to the show to have killed themselves.

Whilst the specifics of such a law to better regulate the courts and media have yet to be fleshed out, suggestions for the tighter regulation of social media has included measures like removing anonymity by forcing anyone who signs up to provide ID and a photo. A further suggestion has also been to force anyone who has committed sexual offences or who has signed the sex offenders register to declare this when signing up to social media.

Speaking on the regulation of social media, a deputy official spokesman for Boris Johnson said, “The industry must continue their efforts to go further. We expect them to have robust processes in place removing content breaching their acceptable use policies.”

“Whilst there is not clear consensus on the best way forward, pretty much everyone is in agreement that more needs to be done to tackle mental health.”

In regard to the traditional press, the only current monitoring it faces is through IPSO, the Independent Press Standards Organisation, however many, such as the press recognition panel, have argued that this isn’t a truly independent body – allowing newspapers to write such critical headlines as they did towards Flack during her trial.

They and others have called for section 40 of the Crime and Courts Act 2013, which is already on the statue books, to be put in force as – this would enable ordinary people to have their case heard if they believe they have been harmed by the press. This means finding a clear balance between maintaining freedom of the press but also seeing proper scrutiny of it when necessary.

Whilst there is no clear consensus on the best way forward, pretty much everyone is in agreement that more needs to be done to tackle mental health. It seems people need to be more open to talk about an issue that is so often shunned away otherwise it will only get worse.

If you have been affected by any of these issues or think you may feel suicidal call the Samaritans on 116 123, 24 hours a day, find further help here or speak to a friend or family member.

In a world where you can be anything, be kind.