BoJack Horseman is a cartoon aimed at adults, which follows a once-famous now washed-up TV star with an awful personality. In a world of human-animal hybrids, set in America, the show is a comic, sometimes dark reflection on the life of a celebrity and the horrible choices he makes, with voices from the likes of Will Arnett to Alison Brie.

In a classic lockdown cliché, I turned to Netflix as my source of entertainment. Being naive, I assumed lockdown would not last too long, and began to binge the shows I never had time for at uni, leaving me three months in with very few options left on any streaming service. Thus began my adventures into shows I assumed I would not like but that came highly recommended online.

I didn’t expect, when I turned it on one evening in desperation for a new series, was for it to be so touching and what the youths of today might call “woke”.

Enter BoJack Horseman, an adult cartoon which I had previously and snobbishly associated with the crude humour of Family Guy and ludicrousness of Rick and Morty (to you die-hard Rick fans, this argument can be had another time). I was right, as in some ways, BoJack is not a lovable character, and there is a plethora of crude jokes and dark humour. What I didn’t expect, when I turned it on one evening in desperation for a new series, was for it to be so touching and what the youths of today might call “woke”. 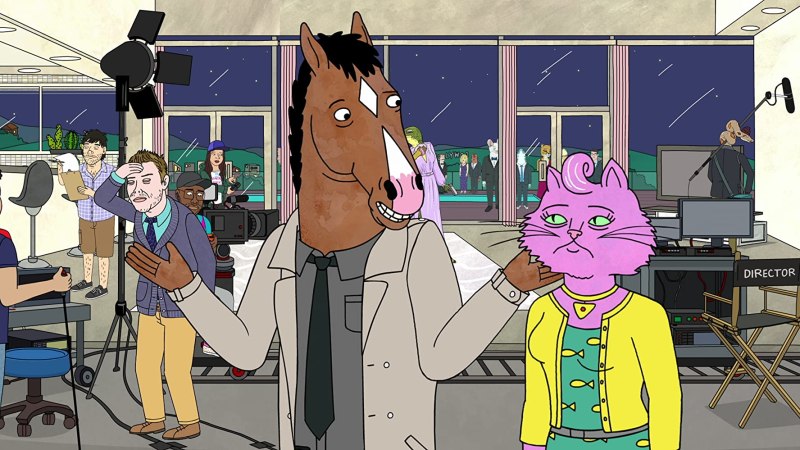 …it follows the human-horse hybrid BoJack Horseman, who, once a famous TV star, is now in his 50s with a drinking problem, a habit for substance abuse and women, and is just generally a selfish, ungrateful man.

To put the show into context, it must be noted that this cartoon world has both animal-humans and normal humans, who are able to reproduce with one another and not create other animal-hybrids (if you ignore the biology, it makes for much smoother watching). As a result, it follows the human-horse hybrid BoJack Horseman, who, once a famous TV star, is now in his 50s with a drinking problem, a habit for substance abuse and women, and is just generally a selfish, ungrateful man. He is surrounded by his pushy agent/ex-girlfriend, an outrageously happy fellow TV star (whose first name is “Mister” and still to this day frustrates me), his video-game addict roommate and the plucky ghostwriter assigned to writing his autobiography.

And yet, to summarise these characters in such a way, as ever, fails to do justice to the layers they reveal as the series goes on. Without wanting to spoil this rollercoaster of character development, it becomes increasingly difficult to define any one of the host of characters as merely “good” or “bad”. Each has their own troubled childhood, complex parental relationships, slips with alcohol, physical battles and mental battles.

Where this show never ceases to surprise is in its coverage of  such a range of different issues and ideas that affect so many people, be it asexuality, adoption, rehab, feminism or depression. Wrapped in witty humour and blatant mockery of the film and TV industry, BoJack Horseman serves as an intelligent analysis of society, done with a Simpsons-esque subtlety (and sometimes obviousness) that beautifully encapsulates how sucky life can be. 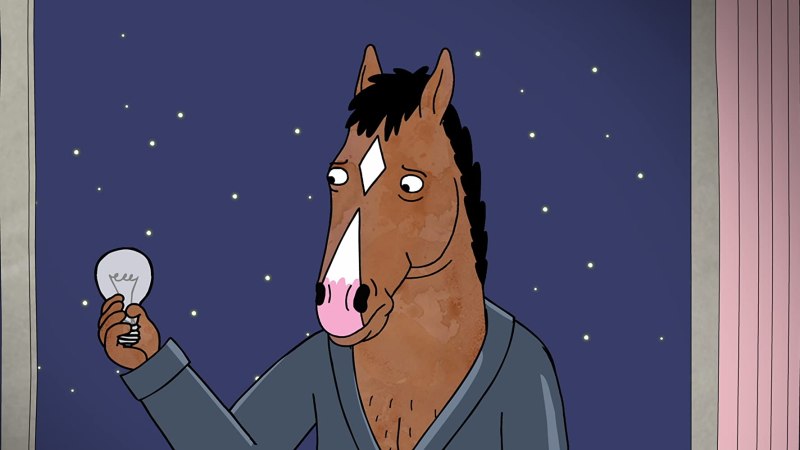 Now, I am not one for saddening shows, personally I find life to be sad enough, and despite its moments of deep trauma and darkness, BoJack provides an often-lighthearted take on life without being consistently hard to watch. While there are of course moments of sadness, these are necessary to maintain balance, and are countered by hilarious little references and puns made both visually and verbally. Take the underwater world, where the background is often filled with masses of sardines piling into the same car. Or each character’s personal ringtone, one of which is the latest podcast of the time (any Serial fans will appreciate the little nods to it).

One of my favourite running jokes is the consistent mentioning of the year a flashback takes place; characters often sing “this is a classic 1980s song because this is the 1980s of course”, or lyrics to this effect. Even if you don’t pick up on the subtle references, playing “guess the host star” is a great pastime – sitting there trying desperately to figure out where you heard the Owl’s voice has been my most recent endeavour (spoilers, it’s Phoebe from Friends).

…despite its moments of deep trauma and darkness, BoJack provides an often-lighthearted take on life without being consistently hard to watch.

With a host of varied characters, from the sex-obsessed axolotl family, to the constantly-flying-into-windows paparazzi birds, there is enough to keep you going through the 6 seasons (each episode is about 20-30 mins long), not to mention the weirdly hypnotic intro (and some excellent saxophone).

BoJack in its best moments attempts to visualise depression, reveals the hideousness and sliminess of Hollywood, and is littered with humorous nods and references, be it the tennis ball photos in the dog’s house, or the adorable seahorse baby. It is not a watch for those who enjoy the happy-sappy, but it is an easy enough watch which has many layers of cleverness. Stick it out through season one, and I hope you will not be disappointed. Oh, and if you become a super-fan, BoJack has his own “actor website” complete with horse-head cursor…

Featured image courtesy of Festival Annecy via Flickr. Image license found here. No changes were made to this image.

Other images courtesy of Tornante Company via IMDb. No changes were made to these images.

Swimming Pools Set To Reopen, But Why Did It Take This Long?