Why should you try being a flexitarian? 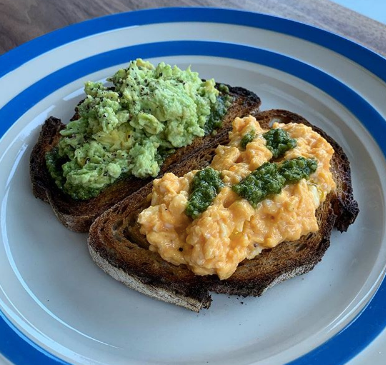 It is certainly true that alternative diets, or some would argue lifestyles, have experienced a huge growth in popularity over the past few years. The Independent reported that in April 2018 that the number of those identifying as vegans sky rocketed from around 540,000 in 2016 to 3.5 million people at the time of publication. Despite being the vegan’s slightly embarrassing, but fun younger sibling, flexitarianism is also on the rise.

Firstly, it is important to point out that a flexitarian (i.e. a flexible vegetarian) is someone who eats “a plant-based diet with the occasional addition of meat. Some people will have a meat-free meal once a week whilst other will only eat meat on rare occasions.” Unlike vegetarians and vegans, it is not a lifestyle because it does not involve making choices outside of your daily food consumption. Although flexitarians may be looked down on by those who advocate a lifestyle instead of a dietary change, it has been reported that the flexitarian diet is one of the best a person could eat in its ability to lower your risk of developing type 2 diabetes, whilst also contributing to saving the earth by slowing climate change.

“Not only is it good for you and the environment, but it is also beneficial for your bank balance”

Besides the inviting health benefits a flexitarian diet proposes, studies have shown that if we all started to decrease our intake of meat products, together we could start to tackle the huge problem that climate change poses for our generation. Greenpeace even wrote on their website: “If we decide to eat fewer meals with meat or dairy each week, we can have a huge impact on our collective health and the health of the planet.” Becoming a flexitarian is a great compromise for those of us who want to start having a more positive impact on the environment, without completely cutting meat and fish products out of our weekly food shop.

Not only is it good for you and the environment, but it is also beneficial for your bank balance. I started cutting down on the amount of meat I bought mainly to help my student overdraft; there is no doubt that even Aldi meat is expensive. At first, I thought that it would be really difficult to live without chicken and beef mince, but in reality, I have found it relatively easy. I understand that making the choice to become a flexitarian will be harder for some than others, but the flexi part of the name means that there are not strict rules that the veggie gods will smite you for breaking. If you love chicken, that’s cool, eat chicken, but perhaps becoming a flexitarian will make you more aware that perhaps eating less chicken will have major positive benefits for both you and the environment.

I would apologise to those who disagree with my choice of diet, but I won’t. I know that it works for me and that I am now much more aware of the pros and cons of the way I eat. I also know that, even though I may only be positively impacting the world around me in a small way, it definitely counts. To end, I thought I would offer some advice to those considering a flexitarian diet in the form of some easy substitutions you can make for your favourite meaty meals:

All recipes have been taken from Joe Wicks’ ‘Veggie Lean in 15’ cookbook.

If you are interested in writing for us, drop us an email at lifestyle@impactnottingham.com.