What Happened When I Went Vegan for Lent

Ellie tells us about her time as a vegan. 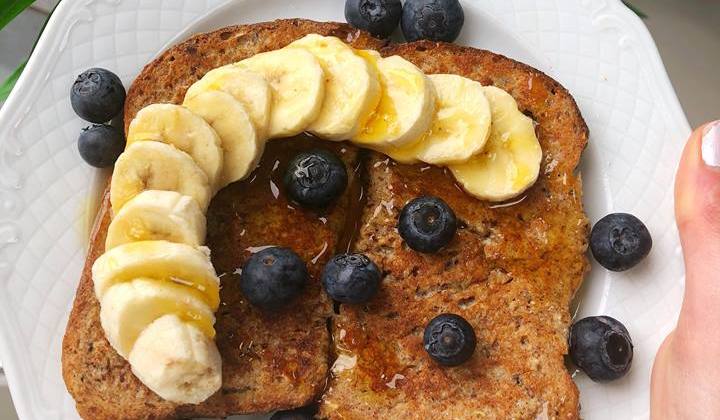 Can you make yourself gluten intolerant? I have definitely made it possible with the copious amount of bread I have consumed over the past few weeks. Name a food and I am confident I can make it into a toast topping. The best so far (I have still got a few weeks left on the toast quest) is a tin of tomatoes on toast. Basically a pizza when the student loan hasn’t dropped yet – kind of.

Admittedly, there was a stumble in which I succumbed to dairy. It was not so much of a temptation to eat feta cheese but more of an obligation. (There is a sentence I never thought I would say.) I was with my parents visiting their friends, one of which happens to be in the clergy. They knew I had been a pescatarian for years so I had managed to swerve the meat, but then a dish of lemony herby feta was presented to me.

I flashed my eyes at my mum because the job of a mum is to sort out any tiny dilemma in a 20 year old’s life. Alas, she just responded with an ‘eat-the-cheese-or-else’ glare and made me wriggle out of this one solo. Evidently, unsuccessfully. On the bright side, it was really tasty and it was bequeathed to me by a vicar which is basically a sign from Jesus saying it is chill to break my vegan Lent fast(?).

“little changes to my food can really help the planet” 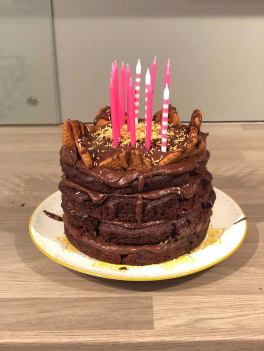 There have been some really great times though. I am lucky to have another (mostly) vegan in my house, Kirsten. She is a plant-based magician – she bakes the most amazing cake, eats more adventurous meals than toast and has a worrying obsession with broccoli. We watched What The Health; a documentary into the dairy business’ devastating impact on the environment. It made me realise that little changes to my food can really help the planet. Choosing ketchup over mayo, dairy-free spread over butter on your toast, stress induced binging on incidentally dairy-free biscuits (most bourbons and rich teas) over milk chocolate when writing a 3000 word essay in a sub-1 hour PB are just small ways to help reduce our carbon footprint.

To say congrats to yourself that the essay was submitted only 1 day late, make yourself Kirsten’s vegan chocolate cake recipe that she was given and has given to me; perhaps it is an heirloom within vegan circles:

And of course, my vegan finds are bread based:

If you would like to write Food articles for Impact Lifestyle drop us an email at lifestyle@impactnottingham.com

Fashion and Beauty YouTubers You Should be Following