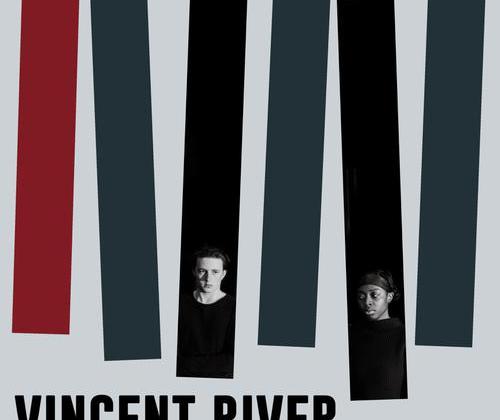 Ahead of Nottingham New Theatre’s production of Vincent River, Lauren chatted to the producer, Skylar Turnbull Hurd to find out more about the play.

Lauren: What made you decide to produce Vincent River?

Skylar: I decided to produce Vincent River, because out of all of the plays Rohan and I looked at, Philip Ridley’s storytelling made me feel like I was being told a story by a friend rather than reading a script. I immediately wanted to know more about Anita, Davey and Vincent, and, because I cared so much about these characters on a first read of the script I needed to share this story with others too.

“All of the members of cast and crew have been absolutely shining in their creative and keenness, and it’s made it an extremely rewarding process.”

L: Vincent River addresses issues such as homophobic based violence, murder and grief. Given the rise in homophobic hate crimes across the UK and instances of anti-LGBT legislation globally, such issues are incredibly pertinent in our current societies. How did you take handling such sensitive topics into consideration when producing Vincent River?

S: We have been in touch with different welfare sources to enable the best care for our cast, crew and audiences. This has included reaching out to Sam Hawkins, the UoN LGBTQ+ Officer, for advice. Having a large crew presence has also helped us work out the best ways to handle sensitive topics for a wide variety of audiences.

“The overarching message from me is that we should be undoubtedly grateful for the progress our LGBTQ+ community has made.”

L: What would you consider to be the key themes of Vincent River?

S: I would say that the strongest theme that I feel from Vincent River is maintaining a sense of self identity in the fact of oppression. Both Anita and Davey have invested some of their identity in Vincent. Anita’s whole life revolved around Davey, and now she needs to work out who she is without him there to gravitate towards.

“I’d like audiences to take away a unity of differing perspectives from Vincent River.”

Davey obtained a new sense of identity through his relationship with Vincent, and, likewise, needs to work out who he is without that partnership. This encounter unites Anita and Davey because of that shared identity that was Vincent, but it is also what causes the tension between them.

L: Do you have a favourite moment from rehearsals?

S: The best part of rehearsals has been when all of our crew and cast have come together and had a little boogie to ‘What You Won’t Do For Love’ by Bobby Caldwell- if you haven’t heard it, give it a listen! All of the members of cast and crew have been absolutely shining in their creative and keenness, and it’s made it an extremely rewarding process.

L: What’s the one thing you’d like audiences to take away from watching Vincent River?

S: I’d like audiences to take away a unity of differing perspectives from Vincent River. Due to the complexity of the characters, each audience member might relate to something different, and therefore they might have a different perspective from the person next to them.

The overarching message from me is that we should be undoubtedly grateful for the progress our LGBTQ+ community has made. However, injustices still occur everywhere in our society today. We should still be raising awareness of these issues and trying to make a change.

Airbrush it Under the Carpet