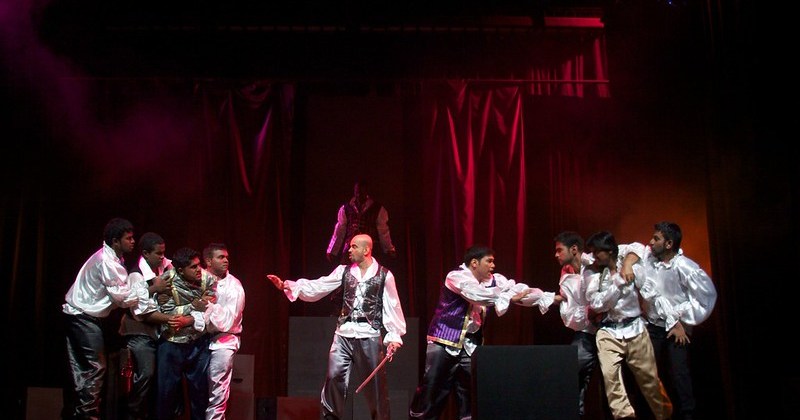 History in the UK is overwhelmingly white. When we think of history, we tend to think of white people, and off the top of your head, you might struggle to think of important, historical people of colour.

Perhaps you think this isn’t true, of course we all know of Martin Luther King and a handful of people from the American civil rights movement, we know celebrities such as Muhammad Ali and of his heroic comments about the Vietnam war, and we all know Barack Obama. Even so, if you take the list of important black people you remember or can find in your textbook and you compare it to the amount of important white people you can recall, the list normally becomes embarrassingly small.

Black History Month was created in the hope that it would highlight and elevate the many contributions black people have made to our world.

This is the reason for Black History Month, because for the most part we are not taught black history, thus, Black History Month was created in the hope that it would highlight and elevate the many contributions black people have made to our world.

Without black people there would be no modern Pacemakers, long lasting light bulbs, home gaming consoles, 3D Graphics Technology Used in Films, The Modern-Day Gas Mask, the touch-tone telephone, the portable fax, caller ID, the fibre-optic cable, the modern closed-circuit television system, the Sanitary Belt, and even the Laserphaco Probe, which is used to remove cataracts. Of course, you could argue that these things would have been invented eventually, but if all inventions are inevitable, why celebrate any?

Knowing that these are just a handful of the amazing contributions black people have made, why is it that for many people, important history is overwhelmingly white? One answer is that we live in Britain, and as such we should learn about British History, and that is why we don’t learn about many black people. But British history does not equal white history, and there are many important black historical figures.

Black Africans can be found even as far back into British history as Tudor England. In July 1596 Elizabeth I described “great numbers” of black people in a Royal letter. The letter’s authors – Thomas Shirley and Dutch slave-trader Casper Van Sender wanted to take these black people and turn them into slaves, however Robert Cecil, the most influential man in Elizabeth’s court, disagreed as most Africans were integrated members of their parish communities.

There were also people such as the Iberian, Catalina de Cardines, who arrived in England much earlier, 1501 with her employer Catherine of Aragon, who would become Henry VIII’s wife and queen. Catalina served her mistress for 26 years as the lady of the bedchamber. As well as Alessandro de’ Medici who was a ruler of Florence from 1531 until 1537. Alessandro was a powerful ruler, taking back rule of Florence from republicans. In fact, Free Africans in Europe became surgeons, lawyers, teachers, writers, even performers and muses.

Such is the story of Lucy Negro, who was originally a singer and court entertainer for Elizabeth I’s service but left to set up her own establishment. She quickly became famous. In 1602, Denis Edwards wrote one “pray enquire after and secure my negress: she is certainly at The Swan, a Dane’s beer shop in Turmel Street”. It was believed that she even had a relationship with William Shakespeare, inspiring his sonnets 127 to 152. Although, there is heated debate over Shakespeare’s ‘dark lady’ actually being the wife of John Florio, a translator.

The growing population of black people became an annoyance to court

The growing population of black people became an annoyance to court, however. Robert Cecil recounting that “The queen is discontented at the great numbers of ‘negroes and blackamoors’ which are crept into the realm since the troubles between her Highness and the King of Spain.”

Perhaps Elizabeth I would have been more accepting of Gustavus Vassa who was kidnapped and taken to England at age 11 with his sister. After he gained his freedom, he published his autobiography in 1789. This was considered highly influential in gaining passage of the Slave Trade Act 1807.

Other black Britons produced works, such as Ignatius Sancho who, while enslaved, taught himself to read and write. After gaining his freedom, he went on to compose music and write poetry and plays. Later, in 1773, Sancho and his wife set up a grocer’s shop in Westminster which became a meeting place for some of the most famous writers, artists, actors and politicians of the day. As a financially independent householder, he became the first black person of African origin to vote in parliamentary elections in Britain in 1774 and 1780.

Featured image courtesy of Shehal Joseph via Flickr. Image license found here. No changes were made to this image.