The Climate Emergency is the most pressing issue of our generation. It touches every aspect of our lives and every community around the world. The consequences of our warming climate directly exacerbate other global problems from hunger and poverty to health and equality. Despite increasing awareness of the issue, governments and corporations are showing themselves to be indifferent, inept, and negligent in their responses. Impact’s Science Editor Matthew Bird makes the case for the role of journalism in our response to the crisis.

In 1896 Svante August Arrhenius determined that carbon dioxide in the atmosphere lead to an increase in temperature. But it wasn’t until 1988 that the intergovernmental panel on climate change (IPCC) was formed. In part this discrepancy was due to large polluters such as Exxon (an oil and gas company) running disinformation campaigns. These campaigns were in spite of internal investigations which definitively linked their own actions to climate change.

This tactic of disinformation has been in the corporate and political playbook for as long as large corporate bodies have existed. The tobacco industry did it (and still are) to spread uncertainty over the link between smoking and cancer. The sugar industry led campaigns to pin the blame for obesity on fat which still informs policy today. Volkswagen faked their own emissions testing. Governments and political regimes hire so called troll farms to generate fake news, whilst claiming the genuine facts are fake.

Once the disinformation has spread and become accepted fact by a critical number of people, it is possible for governments to act against our best interests. It is far easier for the Trump administration to pull out of the Paris climate agreement when a quarter of conservative republicans think the government is doing too much to tackle climate change and fewer than half of adults in the US think human activity ‘contributes a great deal to climate change’.

Disinformation campaigns only work when we don’t have access to, or don’t know how to find, the actual information. Although it is certainly possible to educate readers on how to fact check and critically think about the articles they read, it would be naïve to expect anybody to evaluate every fact they read. Especially as more of us than ever are consuming news through social media. We simply don’t have the time or capacity to critically engage with everything we read. We depend on the algorithms that feed us with news to filter out disinformation. And we depend on the journalists to have done their due diligence in their reporting.

It is hard to care about a datapoint

But due diligence is not enough. For climate-related stories to make a difference they need to resonate with readers. We need a reason to care. That’s not to say we don’t care about the climate emergency. But when there’s another story just a tap away, and when we have access to near endless films and TV through streaming services, why would we read a story about the difference between 1.5 °C and 2 °C of warming? Especially when the former option is presented as only mildly less depressing than the latter.

I’m not advocating for undue hope, rather a reframing of the narrative. Too often climate coverage leads with data and ends with despair. It is hard to care about a datapoint. And it’s to be motivated to keep reading when we are told that datapoint will lead to possible deaths of seemingly hypothetical Other People we don’t know in countries we’ll never visit. It’s impersonal. It’s a problem for scientists. It’s an issue for someone else. It’s permission to go look at cat videos instead. 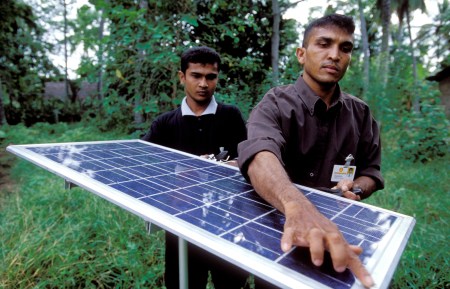 So how can journalists, such as myself and fellow Impact writers, craft engaging climate stories that hold a reader’s interest whilst also being true to the facts? I think the first thing to acknowledge is that climate is not an impersonal story. It affects everyone of us. It affects some people more than others. And this disparity is a story we should care about. But we will only care about it if it is framed as something happening to our fellow citizens of Earth, rather than to some point on a graph or number in a table.

Making the climate emergency resonate does not require laying burden at the feet of the general population. It is counter productive to suggest that because you still buy tomatoes in single-use packaging and don’t have a reusable cup for your Starbucks that you are to blame.

Sure, these lifestyle changes are positive choices we can make, but we shouldn’t guilt everyday consumers into actions which may not be accessible to the less privileged. Rather we should be holding large business and governments to account. The story to tell is about supermarkets using unfriendly packaging. The story is about the sustainability of Starbucks’ practices (and coffee generally). Of course, not every climate story is one of Big Corporate failing. There are local stories to tell. There are successes to celebrate. There are solutions to discuss.

The second thing to acknowledge is that we don’t have to be writing about Climate to write about climate. Climate fits into every journalistic beat, not just science. We should expect to see the climate angle represented in stories in the features, news, food, travel, style, sport, arts, technology, and of course, science sections. The stories need not be specifically about climate. But to do the full story justice will often mean grappling with the environmental narrative so often missed out.

This is Impact’s line-in-the-sand

Readers can amplify the voices of journalists who tackle climate stories by sharing their work and engaging in useful discussion in the comments. The more readers do this, the more writers will see that this kind of journalism works.

Trust in journalists and the publications they write for is notoriously low. An article can be engaging and correct, but if no one can trust the words to be true then all that is for nothing. In part acknowledging sources helps build trust. I think more is needed. I think readers would trust a publication more if they see a public commitment to the climate story.

That’s why Impact has signed up to Covering Climate Now. CCNow is a ‘global journalism initiative committed to more and better coverage of the defining story of our time’. This is Impact’s line-in-the-sand. We endeavour to not only cover the climate emergency more but will continuously strive to improve our coverage.

We are Impact. And we are covering climate now.

In article image from the World Bank Photo Collection from Flickr. Image license found here. No changes made to this image.

For Better Or Worse? The Government’s Fight Against Obesity